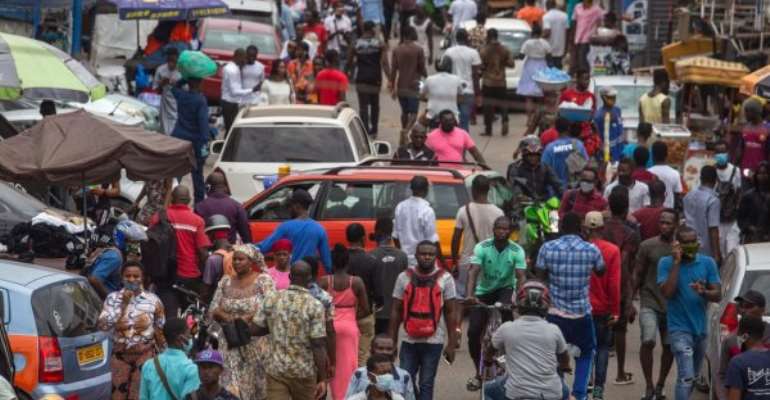 Some of residents described the Manifesto as detailed and all-inclusive and were excited by the numerous policies and Programmes captured in the manifesto, while others doubted the party's ability to fulfill the promises if voted into power.

In an interview with the GNA, Mr David Ato Mensah, a Poultry Feed seller at the Takoradi market circle noted that, the free supply of fertilizer and agro inputs mentioned in the manifesto was attainable since previous governments were able to do same.

He stated that even though the manifesto was regarded by others as a mere formality, he believed that free fertilizer and agro inputs policy could be achieved.

Madam Ewuaraesi Hammond a trader at the market circle, expressed her joy concerning the proposed reduction in taxes and exemption of taxes for small and medium scale businesses.

She noted that the taxes paid by small and medium scale business were outrageous and as such the exemptions would help the business to plough back such monies into their businesses to grow them and possibly employ others to reduce unemployment.

She however said that the manifesto would not in anyway influence her vote in the upcoming elections as she had already decided who to vote for in December 7 polls.

For his part, Mr Ekow Ansah, a taxi driver and parent said the absorption of private schools into the free education system was just a political talk to canvas for votes.

He said the policy might not work because owners of private schools were in business and would not let go their business, stressing that "this can only work if the government paid them some form of compensation.

On the legalization of Okada business, Mr Yaw Asiamah, a taxi driver said embracing the Okada business into the transport system would affect their business since the patronage for taxis would decline and might enhance armed robbery with many more road accidents.

Mr Asiamah said though some of the manifesto promises were laudable, he was not sure it would enhance their chances in the December polls.

The NDC people's manifesto was launched on Monday September 7, with detailed policies and Programmes in areas such as economics, agriculture, education and transportation.

The Manifesto also mentioned the extension of maternity leave from three months to four months and seven days paternity leave, creation of 250,000 Jobs annually, absorption of private schools into the free education system, provision of free fertilizer and agro inputs for farmers and the legalization of Okada among others.

A manifesto is a publication issued by a political party before an election and contains the set of policies that the party stands for and would wish to implement if elected to govern.