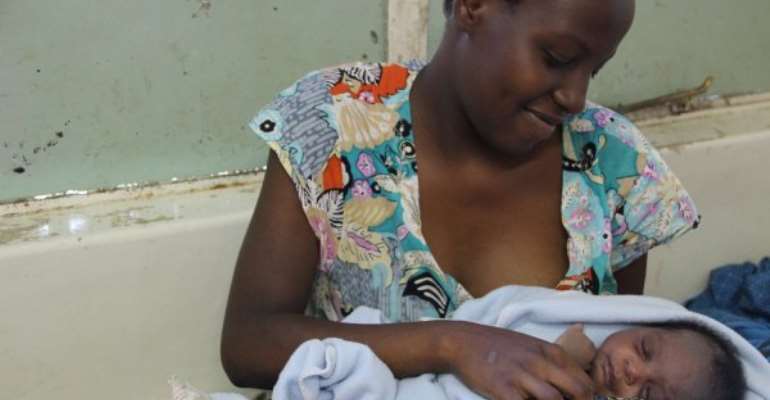 Some people said the intervention would promote exclusive breastfeeding, but others called for further discussions.

The NDC at the launch of its 2020 manifesto dubbed “The People's Manifesto” in Accra on Monday, said it would amend the law to provide four months maternity leave in addition to existing legal maternity provisions and grant seven days paternity leave to fathers when elected into power in the December general election.

Dr Alberta Otoo, a retired health worker who spoke to the Ghana News Agency in an interview said there was the need for further discussions on the subject.

“The NDC needs to find out if this is a good decision and if it will favour most working mothers, because people may go on maternity leave for long periods and return to work pregnant again, others may also lose their positions as a result,” she said.

“Just staying at home for four months will not solve the problems of a nursing mother, providing a well organised and supervised environment for mothers to be able to keep an eye on their babies while working will be more useful,” she said.

Madam Gifty Appiah, an accountant and a mother also suggested that instead of increasing the maternity leave, nursing mothers should be supported to work from home for some months after their maternity leave.

She said increasing the maternity leave period may also affect the work inputs of some organisations hence the need for a public engagement to find out what works best in different organisations.

Women are to be given paid maternity leave for a period not less than three months in addition to her annual leave, according to the Labour Law.

The Labour Act 2003 (ACT 651) says a women worker with medical certificate indicating the expected date of her confinement, is entitled to a period of maternity leave of at least twelve weeks in addition to any period of annual leave she is entitled after her period of confinement.

It says a woman worker on maternity leave is entitled to be paid her full remuneration and other benefits to which she is otherwise entitled.

The period of maternity leave may be extended for at least two additional weeks, where the confinement is abnormal or where in the course of the same confinement two or more babies are born.

A nursing mother is entitled to interrupt her work for an hour during her working hours to nurse her baby.

Interruptions of work by a nursing mother for the purpose of nursing her baby shall be treated as working hours and paid for accordingly.

According to the law, an employer shall not dismiss a woman worker because of her absence from work on maternity leave.

It describes a nursing mother as a woman with a child suckling at her breast for a period of not more than one year.