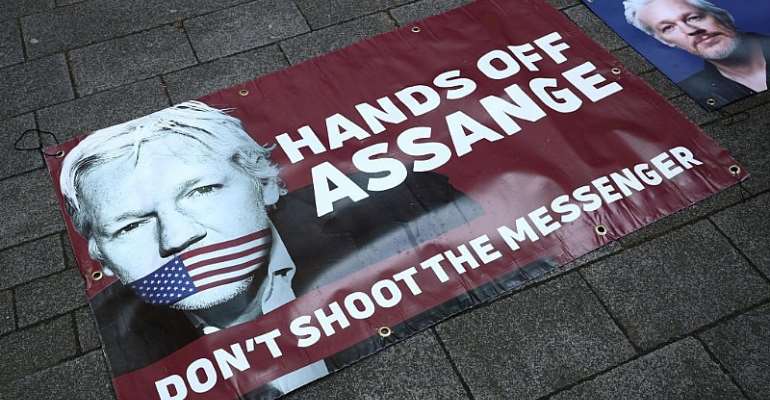 The highlights of the second day of Julian Assange’s extradition proceedings at the Central Criminal Court in London yielded an interesting bounty. The first was the broader public purpose behind the WikiLeaks disclosures, their utility in legal proceedings, and their importance in disclosing instances of US extrajudicial killings, torture and rendition. The second involved a discussion about the practice of journalism and the politicised nature of the prosecution against Assange.

Human rights attorney Clive Stafford Smith and founder of Reprieve, an organisation specialising in investigating instances of US detention, rendition and disappearances, was called by Mark Summers QC for the defence. The disclosures by WikiLeaks, he claimed, had been important in the issue of challenging the legitimacy of US drone strikes in Pakistan. Successful litigation conducted in that country found such strikes “criminal offences and that criminal proceedings should be initiated against senior US officials involved in such strikes.” A high court in Pakistan had found that they constituted a “blatant violation of basic human rights”. Stafford Smith noted how the drone assassination program “leaked over to narcotics … they were targeting people for death for their involvement in drug trade because it was seen as funding terrorism. I could go on…”

The statement submitted to the court by Stafford Smith also emphasised how the WikiLeaks material disclosed on the treatment of detainees in Guantánamo were “the top of a very important discourse that would seem to be important in the public interest, about the abysmal intelligence used to detain prisoners and make important public policy decisions.” Stafford Smith’s statement also volunteers a twist: that the material published by WikiLeaks on the subject seemed to be “the best face that the US government could put on the crimes it had committed against the Guantánamo prisoners.”

In his testimony, Stafford Smith affirmed the mixed returns of those disclosures. The leaks initially seemed to portray “the very worst that the US authorities confect about the prisoners I have represented”. He was “frustrated” on first reading the WikiLeaks documents, thinking “they would leak what I get to see”. The mosaic, however, was pieced together to disprove the case against his client.

When it came to discussing the issue of enhanced interrogation techniques used by US personnel, Stafford Smith suggested the similarities shown in method to those used in the Spanish Inquisition. “As you go through the documentation WikiLeaks leaked, there are all sorts of things identified, including where people are taken and renditioned … and that was the case in Binyam’s case.” In being part of an effort to hold US officials to account for war crimes, Stafford Smith had a teasing pointer on the implications for WikiLeaks. “Anyone can be sanctioned who is seeking to assist in an investigation which could lead to ICC [International Criminal Court] investigation, which is what WikiLeaks does”. It was a pointed reminder that Assange’s defence team could well fall within the remit of US sanctions currently directed at the ICC by the Trump administration.

In his overall assessment, Stafford Smith suggested that, “The power and value of WikiLeaks disclosures about Iraq and Afghanistan can scarcely be understated, and are of ‘key importance’ to ‘evidence war crimes and human rights violations by the US and its allies.”

All of this left James Lewis QC of the prosecution more than a touch cranky. Stafford Smith had referred to cables that did not form the subject of charges against Assange. They were, claimed Lewis, irrelevant; the US case was only concerned with those documents that had revealed the names of informants. The defence claim is precisely the opposite: that such documents as referred to by Stafford Smith would also be covered by the charges of Assange “communicating” and “obtaining” classified material. The whole show could be the subject of a prosecution on US soil.

Cheekily, Stafford Smith suggested that Lewis was “wrong about the way in which cases are prosecuted” in the US. Merely because such cables were not outlined in the indictment did not suggest prosecutors would not use them in trial. “You cannot tell the court how this case will be prosecuted. You’re making things up.”

Such legal bickering proved too much for Assange. “This is nonsense,” he claimed from the dock. “Apparently my role is to sit here and legitimate what is illegitimate by proxy.” Cue Judge Vanessa Baraitser, who took witheringly to the intervention. “I understand of course you will hear things, most likely many things you would not like, and you would like to intervene but it is not your role.” While Assange remaining in court was “something the court would wish for”, it “could proceed without you.”

A feature that has stood out in the entire endeavour against Assange is the stench of politics. Lewis disagrees; the investigation into Assange and WikiLeaks has been an organic, methodical one, building since 2010 and flowering in 2020. The testimony of journalism academic Mark Feldstein suggested otherwise. He referred to a Washington Post piece from November 2013 highlighting the decision by the Obama administration to not proceed. Officials from the Justice Department did stress at the time that no “formal decision” had been made, as the grand jury investigating WikiLeaks remained impanelled. But there was “little possibility of bringing a case against Assange, unless he is implicated in criminal activity other than releasing online top-secret military and diplomatic documents.” The implications of prosecuting Assange were evidently clear: to do so would lead to the obvious conclusion that US news organisations and journalists would also face the prosecutor’s brief.

This cautionary attitude was not to be found at the Federal Bureau of Investigation. In 2017, they were seeking a “head on a pike”. By then, President Donald Trump had moved into an offensive mode against journalists; the then director of the Central Intelligence Agency Mike Pompeo was resolute in categorising WikiLeaks as a hostile non-state intelligence agency, while Jeff Sessions as Attorney-General was all zeal in asking prosecutors to take a closer look at the Assange case.

But the worm had not entirely turned. Federal attorneys such as James Trump, a figure in the prosecution of former CIA officer Jeffrey Sterling, who had leaked classified material to journalist James Risen, and Daniel Grooms, demurred. Both were concerned that undertaking such a prosecution would fall foul of the First Amendment, and be plagued by legal and factual challenges.

Feldstein pushed home the points in his testimony in deeming the efforts against Assange political in nature. The scope of the charges had no precedent; the Obama administration had shown reservations in embarking on what would be a fraught process; the wording of the superseding indictment suggested political leanings; and Trump had shown a deep antipathy for the press. Previous efforts to prosecute journalists, he concluded, were “obviously highly political”.

Undeterred, the prosecution resorted to a conventional tactic: accusing the witness of speculating. The reality Feldstein needed to consider was whether names had been revealed in the publication of such documents. Doing so would result in harm. If this had been the case, suggested Feldstein, the prosecution might have simply used the Intelligence Identities Protection Act of 1982, a narrower statute for the purpose. Instead, terms such as “conspiracy” and “recruiting” – the sort normally coupled with “terrorist”, had been deployed. Besides, the issue of “harm” tended to be a bread and butter response by governments that was impossible to prove and used to conceal improprieties.

As a case in point, that most pertinent of precedents, the Pentagon Papers, was cited. As Feldstein noted, the arguments made by prosecutors at the time about the consequences of their disclosure – possible prolongation of the Vietnam War, identification of CIA officials, exposure of war plans – were also caught up in the concept of “immediate and irreparable” harm. It subsequently transpired that one prosecutor thought no harm would arise at all. What mattered was the effort by the Nixon administration to question the loyalty of media outlets.

Standard journalistic method, Feldstein reiterated, directs the source, asking what is needed and seeking more information as relevant. The journalist effectively works with the source. Criminalising that as a case of “conspiring” would make the “most of what investigative journalists do … criminal.”

On the point of the journalist’s craft, the prosecution continued to push the precarious argument that the publishing activities of the New York Times were different from that of WikiLeaks. Journalists did not steal or unlawfully obtain information. Here, Feldstein conceded, things could be murky. “We journalists are not passive stenographers. To suggest receiving anonymously in the mail is the only way is wrong.” As to whether he had engaged in publishing such information, Feldstein was unequivocal: not so much “classified documents” but certainly “soliciting and publishing secret information.”

A balanced overview of the day’s proceedings would have found Lewis struggling with the prosecution narrative focusing on alleged harm caused by Assange, the defence resolute in returning to the big picture element of the disclosures. This was too much to expect from the pedestrian reporting of a Fourth Estate more obsessed with Assange the man. From The Guardian to the Daily Beast, only one thing mattered: the warning by Judge Baraitser that Assange should keep silent and avoid any outbursts. As Kevin Gosztola observed, “US prosecutors win the news cycle on Day 2.”

More Feature Article
ModernGhana Links
Are President Akufo-Addo and Ex-President Mahama Encouraging Lawlessness in Ghana?
Ghana in Focus: The life and Legacy of Dr Kwame Nkrumah - Part Two
Where Twene Jonas lives in America is not our business, his message that matters
Fani-Kayode , Pantami’s Dinner Table and Christian Evangelism
Is Mother Ghana Being Robbed, Blind In Plainsight In Broad Daylight?
Do These Pastors Follow Jesus?
Spirituality is a code phrase for cheating the masses
Most Wanted Public Enemy In Plain Sight: WAI To A Terrorist
Keeping Them Honest: Aregbesola Vs Oyetola
TOP STORIES