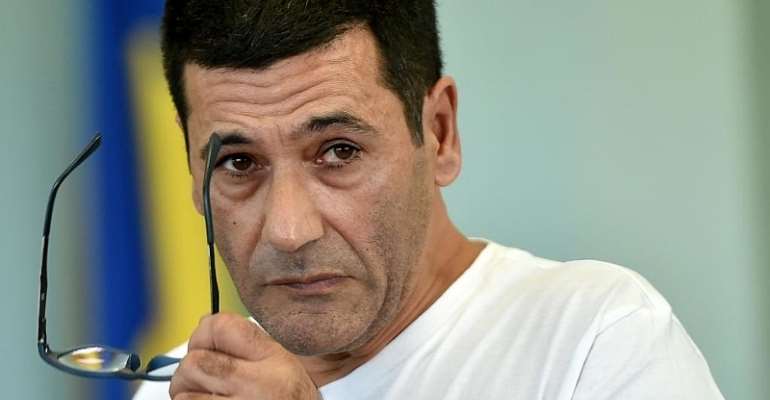 A French appeals court has confirmed lengthy jail terms for two fraudsters convicted on charges of stealing tens of millions of euros from victims by impersonating a French minister, using a silicon mask in his likeness.

The Paris court of appeal ruled that that Gilbert Chikli, 55, and Anthony Lasarevitsch, 36, were the masterminds of the scam that saw three victims part with some 55 million euros.

Chikli's initial 11-year term was reduced to 10 while the seven-year sentence handed down to Lasarevitsch in the initial court ruling in March was confirmed. Neither were present in court for the ruling.

The Franco-Israeli pair was tried for organised fraud and usurping the identity of Jean-Yves Le Drian -- now France's foreign minister, but then minister of defence -- to raise money from wealthy political, business and religious figures.

Money said to be for secret operations

The scheme, which was operational from 2015 to 2016, involved fraudsters posing as Le Drian to ask politicians and executives for financial aid for what they described as secret operations by the French state.

One would appear in video conferences behind a fake official desk, donning a dark suit and a silicon mask of Le Drian.

The fake "minister" made calls by telephone and video link to more than 150 targets -- of whom three were successfully duped.

Aga Khan among the victims

Prosecutors say the Aga Khan, spiritual leader of Ismaili Muslims, was conned by a Le Drian impersonator in 2016 and made five transfers for a total 20 million euros to Poland and China. Three of the payments were frozen, but 7.7 million euros disappeared.

A few months later, Turkish business magnate Inan Kirac was allegedly convinced to wire more than 50 million euros for what he believed was ransom money for two journalists held hostage in Syria.