Atebubu-Kwame-Danso Road To Be Completed In 2022 – Akufo-Addo 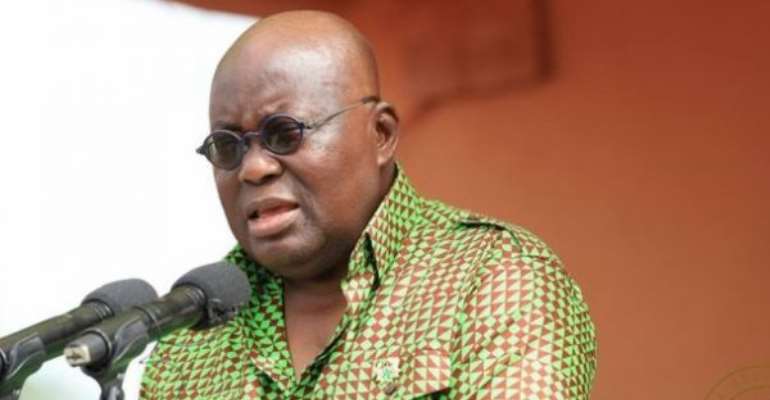 President Akufo-Addo has performed a ground breaking ceremony for work to begin on the upgrading of the Atebubu-Kwame-Danso-Kwadwokrom road in the Bono East Region.

The 35-kilometer road remained in a bad shape, though the late former President John Evans Atta-Mills cut the sod for construction works to commence in 2009.

According to the people in the area, successive governments had promised but failed to execute the road project, which would facilitate the movement of the people and enhance on their socio-economic livelihoods.

Work on the project is expected to be completed in 2022 and being executed by JUSTMOH construction limited, an Accra- based road construction firm.

President Akufo-Addo called on the chiefs and people of Atebubu to vote and retain his government in Election 2020 to see remarkable improvement in their socio-economic livelihoods.

He said contracts had already been awarded and construction works on 47 kilometers of roads were progressing, while additional 26 kilometers was on final stage of procurement, expected to be awarded on contract within four weeks.

Nana Amoako-Atta said as a new region, designs were made to re-shape all the more than 4,000 roads of Bono East Region and called on the people to vote for the NPP in the general election.

Nana Osei Gyan Ababio, the Kyidomhene of Atebubu praised President Akufo-Addo for the level of development in the area and for his commitment to contain the Coronavirus Disease.

He said the Atebubu Traditional Council was strongly behind his government and appealed to President Akufo-Addo to improve on the water situation in the area.

Nana Gyan Ababio also appealed to the President to construct the Bono East Regional Hospital in Atebubu to provide quality healthcare to the people.