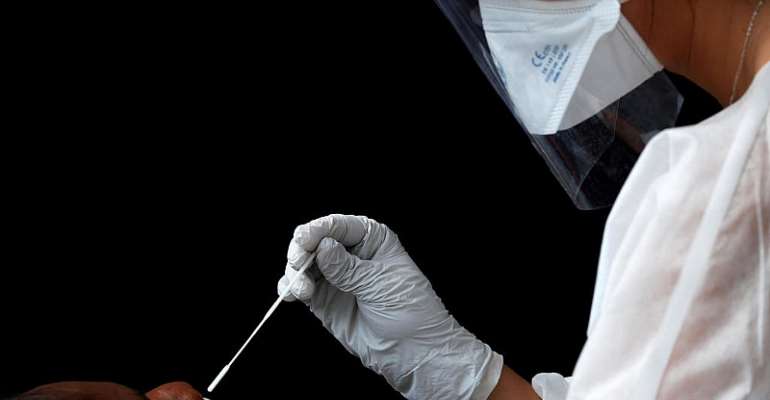 Paris-region health officials said Wednesday they would open 20 new centres for Covid-19 testing in September to ease the burden on laboratories currently saturated with patients seeking screening amid warnings of a resurgent coronavirus epidemic.

Boosted testing capacity, a policy of prevention and especially an increase in cases showing Covid-19 symptoms have made for long line-ups at many of the nearly 600 laboratories and screening centres around the French capital in recent weeks.

“In a few weeks, efforts of hospital and independent laboratories in Ile-de-France have boosted capacity for testing from 45,000 to 200,000 tests per week,” Paris-region health agency ARS Ile-de-France said in a statement.

But “despite efforts of 591 screening sites in the region, accessing tests remains difficult due to a sharp rise in demand, supply shortages and limited staffing,” the agency said.

In order to speed up and expand testing, a key part of efforts to limit the impact of the simmering coronavirus epidemic, the region said it would open 20 new centres in tents throughout the greater urban area that could perform up to 10,000 screenings per day.

Each site would operate every day except Sunday throughout the winter and carry out a daily minimum of 500 RT-PCR tests, whereby samples are taken from patients with cotton swabs.

Appointments would be unnecessary, but priority would go to people showing symptoms of Covid-19 or having been in contact with an infected person.

“The epidemic is taking off again, and we are at the beginning of the impact on hospitals,” ARS Ile-de-France director Aurélien Rousseau told Le Parisien newspaper, adding the occupancy rate of intensive care unit (ICU) beds for Covid patients in the region had grown from 15 to 18 percent in a week.

Rousseau also explained the test sites would drive efforts to shorten wait times for taking tests and getting results.

“We want to avoid people deciding not to get tested because of long line-ups in front of labs,” Rousseau said. “We want to prioritise testing and have results delivered within 24 hours, instead of the 36 hours currently average in Ile-de-France.”

Hospital cases on the rise

Laboratories across mainland France are currently carrying out more than 700,000 tests per week.

Health officials warn about a rising infection rate. In its most recent briefing Tuesday, national health agency SpF said 5.2 percent of tests have come up positive over the past week. The rate was no greater than 2 percent from May through July and has been rising since early August.

Hospital admissions and ICU occupancy have also been on the rise in recent weeks, with doctors in the southern city of Marseille expressing particular concern.

Quick results from tests are important for containing the spread of the disease, because scientists believe that a person is most contagious within the first five days of infection.

Also Wednesday, Paris public hospital group AP-HP said its staff were evaluating how to speed up and expand screening with antigen tests, which were not as reliable as RT-PCR tests but which yielded results within 30 minutes.

The idea would be to quickly isolate patients showing positive results from an antigen test and then confirming their case with an RT-PCR test.

Paris hospitals ordered 100,000 tests and were about to begin evaluating their “reliability in real conditions” this week.

Akufo-Addo to launch ‘Operation Clean Your Frontage’ in Accr...
3 minutes ago

Retract and apologise your derision, disrespect, and condesc...
5 minutes ago