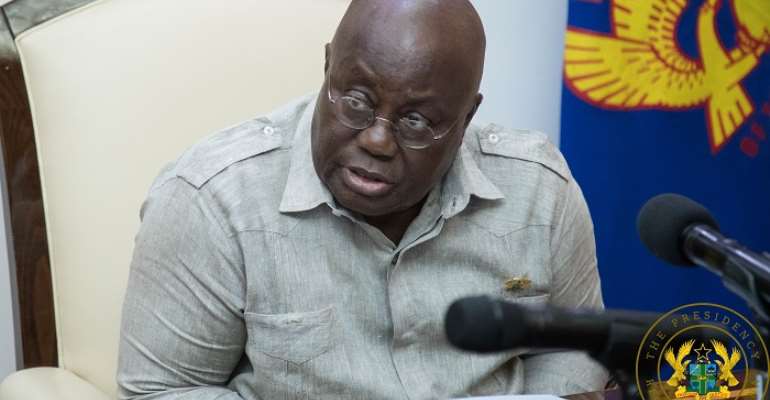 The ruling New Patriotic Party (NPP) has started punching holes into the manifesto dubbed: “The People's Manifesto – Jobs, Prosperity and More” launched by the opposition National Democratic Congress (NDC) on Monday night ahead of the December 7 general election.

After a series of postponements of its manifesto launch, the NDC finally launched the version of its social contract with the people, but the NPP is saying that some of the things the NDC captured were 'copied' from its manifesto titled: “Leadership of Service – Protecting our Progress and Transforming Ghana for all,” launched earlier in Cape Coast on August 22.

According to the NPP, some of the things in the NDC document are either plagiarized works or things that are already being implemented. Besides, the NPP pushed cynically that the rest they (NDC) did on their own appear 'empty.'

The NPP in its manifesto was able to capture the promises made in 2016 that they have been able to achieve before outlining and what they were seeking to do after 2020.

In the case of the NDC, they went straight on a 'promising spree' and could not outline what they achieved when Mr. Mahama was in office between 2013 and early 2017.

The NPP members have started listing a number of policy initiatives they say the NDC members have 'stolen' from them and are trying to present them as theirs.

The first thing the NPP raised is the issue of students' loans and its related case of guarantors.

The new policy initiative the NPP has proposed will make all tertiary students, except teacher and nursing trainees, who will be on allowances, get the option to obtain a student loan without the requirement of a guarantor and all that an applicant will need to secure loan is the acquisition of the Ghana Card and upon completion of university, the repayment of the loan will be deferred for one year after national service.

The NDC has also said on the same topic that “the next NDC government will resource student loan trust fund to make timely and an adequate payment to students. Increase students' loans to be commensurate with prevailing educational cost, abolish the requirement of guarantors as a precondition for accessing students' loans to enable more students who need financial assistance access to the loan.”

The NDC appears to avoid mentioning the Ghana Card which they could not implement whilst in office and goes to say “they will replace the guarantor eligibility system with possession of a recognized national identity card to facilitate tracking, post school tracking and loan recovery.”

The NPP said on issues of rent that “we will establish a National Rental Assistance Scheme (NRAS), seeded with GH¢100 million, to provide low-interest loans to eligible Ghanaians to enable them to pay rent advance. The rent advance loans will be paid directly into the bank account of landlords, who would have to register with the scheme.”

The NDC has also promised, among other things, that “consistent with our 2016 Manifesto promise, establish a low interest Rent Advance Scheme in partnership with financial institutions/banks holding for both formal and informal sector workers with regular incomes.”

The NPP is offering tax incentives to local real estate developers and suppliers of building materials to developers constructing low cost affordable residential premises approved by the Minister for Works and Housing, and they will have a chargeable income tax rate of 1% for the first five (5) years as well as VAT on Real Estate sales which they said has been removed.

The NPP again said it is digitizing Rent Control and in the words of Vice-President Dr. Mahamudu Bawumia, “We will digitize the national rent control board and a new law will be passed for the Rent Control Act to become modern of our time,” adding “we have got together with land banks and they will help us build housing estates as many people cannot buy the many 'affordable houses'. But if you have low-income housing, they can rent or rent to own.”

The NDC is also saying that “we will restructure rent control office into Ghana Rent Authority to effectively implement the new Rent Act in the interest of tenants and landlords and also establish a regulatory body to set and enforce standards management, quality control and capacity development in the built environment.”

In the area of Creative Arts, the NPP said they intend to “Construct modern, large-seating theatres in every regional capital except Accra, beginning with Takoradi, Tamale and Kumasi Koforidua completed, while Kumasi is ongoing.”

The NDC said the will “commence a programme to construct and resource Centres of National Culture in regions where they do not exist.”

In the health sector, the NPP is claiming that some of the promises regarding the NDC manifesto for the critical sector “is full of deceit” and suspects that the entire party and its flagbearer, John Mahama, if indeed they went to seek opinions of the public, were misled.

According to NPP members, they have cleared all the backlogs Mr. Mahama and the NDC left in 2016, including private trained and university graduate nurses from 2012 to 2016, and also employed all batches of public trained nurses and midwives (including NACs and NAPs) from 2016 to 2017.

The NPP government has also approved financial clearance to employ 2018 Nurse Assistant Clinical and Nurse Assistant Preventive (6,348), and 2018 Degree and Diploma Nurses and Midwives (12,097), a total of 18,445, adding that “these backlogs were never employed by the Mahama NDC administration.”

In the NDC manifesto, the party has said it will support bilateral and other exchange programmes for health personnel to expose them to best practices around the world, but the NPP is insisting that it is already being implemented by the NPP administration and it accounts for the reason that some health workers are in Barbados working.

“The Ghana College of Nurses and Midwives (GCNM) is a body corporate with perpetual succession established by the provisions of the Specialist Health Training And Plant Medicine Research Act 2011, Part Three (ACT 833),” the NPP pointed out.

The NDC said it would implement tax waivers in order to assist health workers to acquire means of transport to respond to emergency calls, but the NPP said the policy was in existence during the Kufuor NPP administration but “in 2013, John Mahama and the NDC cancelled the tax waiver on imported vehicles for health professionals.”

The NDC also said it would collaborate with Traditional Herbal Medicine Producers for rapid integration of herbal medicine in Ghana's health system but the NPP is insisting that “the NPP government has already integrated traditional herbal medicine (alternative medicine) in the Ghana Health Service.”

“The NDC government cannot be trusted when it comes to health financing and strengthening of the NHIS. They nearly collapsed the NHIS with huge claims in arrears, rendering most health facilities financially handicapped. It took the NPP government to pay all the claims in arrears to all subscribers (sic),” the NPP said.

On March 2, 2017 when he was seeking to become NDC National Chairman, Samuel Ofosu-Ampofo, the then Director of Elections of the party had said Mr. Mahama would have ended dumsor if he had been re-elected.

The same person at their manifesto launch on Monday night said Mr. Mahama should be credited for ending dumsor and not the Akufo-Addo-led NPP government.

Since the launch of the NDC manifesto, the Minister of Information, Kojo Oppong Nkrumah, has been firing on all cylinders, saying Mr. Mahama has no 'credible' track record to fulfill the party's manifesto promises.

He said in Kumasi yesterday that “when you take the credibility, the thing is that for the first time, the two persons who are the front liners in this election, have both had the opportunity to occupy the office of President.So, in looking at the credibility of the promises they're making, one ought to first look at their track record when they were in office and their position on some of the matters they're speaking to today and it helps anybody who wants to do an analysis understand whether or not you can take any of these promises as credible,” he said.

He added that “so, for example, if you have a leader who, before he became Vice-President or let's say before he became President promised as part of his party's manifesto that they will bring a one-time premium for health insurance, and for eight years they never did it and today he turns round to say that he'll make primary healthcare free, does it sound like a credible promise?” Mr. Oppong Nkrumah asked.

The minister also said that “if you have a leader who, from 2008 through to 2012, opposed a state providing free education for people at the Senior High School level consistently; 'it won't work', 'if it would have worked, Kwame Nkrumah would have done it', 'if it would have worked, it would take 20 years to come off', etcetera, and today you have this same person saying that first of all he now believes in it and will now make tertiary education 50 per cent free, you have an opportunity to ask yourself whether or not it sounds like a credible promise (sic).”

“If you have somebody, who, during his period, run down the Ghanaian economy; went to the IMF for a bailout and, as a result, could not employ young people when they were graduating from school, you recall the graduate unemployment associations that were formed, you recall the cancellation of allowances because of economic crisis and the argument that 'even if they'll vote against us they should vote against us', and today, this person comes and says that he's going to create one million jobs in four years, does this sound like a credible promise? (sic)”

Mr. Oppong Nkrumah added, “We believe that Ghanaians are very discerning people; they'll have an opportunity to look at his track record and what he delivered and what he's promising and do the comparison.”