Charlie Hebdo trial: the voices of the survivors, the silence of the dead 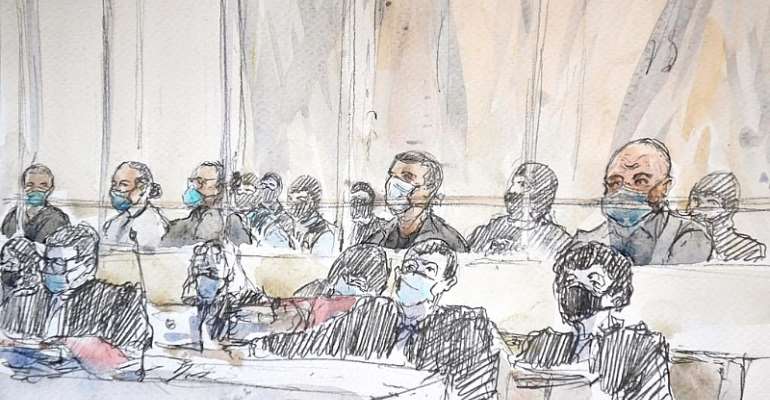 At the on-going trial in Paris of those accused of various degrees of complicity in the 2015 Charlie Hebdo massacre, some of the survivors have begun giving evidence, attempting to describe an event still clouded by fear, horror and guilt.

The evidence is frequently punctuated by silence.
The silence of those who, while attempting to describe the unimaginable, are, once again, confronted by the terrible reality of what happened on 7 January 2015.

Or rather, the realities. Because, apart from the dead, the dying, the disfigured, there were also the survivors. It is their turn to tell the court what happened, an on-going internal dialogue suddenly made public.

It's a wonder so much gets said. TheLe Monde reporter in the court, Pascale Robert-Diard, has described the evidence as "miraculous," meaning that it is extraordinary that so much private suffering can be spoken out loud. With such clarity.

The presiding judge called yesterday's six witnesses to the bar, describing them as "those present who were not injured". It takes a limited vision of human injury to use such a description.

Certainly, unlike those who were physically hurt in the attack, and who will testify next, yesterday's six witnesses suffered no visible wounds. But their injuries are none the less evident, perhaps even more profound for being invisible. The judge might have chosen a different form of words.

"We are the victims without obvious wounds," was the way one of the six, Cécile Thomas, chose to put it. She survived because, that day by chance, she left her usual place and moved down the editorial office. Elsa Cayat was sitting in Cécile Thomas' place when the terrorists burst in and began their rampage. Elsa Cayat died instantly.

Corinne Rey was outside the Charlie Hebdo offices having a cigarette when when the brothers Chérif and Saïd Kouachi arrived and forced her to tap in the entry code.

"I had a sense of dread," she testified, her voice shaking with emotion.

"I was totally beside myself," she continued, describing how the two terrorists forced her to mount the stairs at gunpoint, repeating "We want Charlie Hebdo, we want Charb," referring to the cartoonist Stéphane Charbonnier, shot dead moments later.

"I was devastated, in total distress, I could no longer do anything. I moved towards the code keypad and I typed it in," she recalled. "I felt that the terrorists were approaching their goal, I could sense their excitement."

When the shooting started, Coco ran and hid under a desk. She heard the gunshots, single and automatic sequences, and the cry "Allahou akbar, we have avenged the Prophet."

The silence of death

And then there was silence. "The silence of death," is how Coco remembers it.

"I saw Cabu's legs. Wolinski was not moving. I saw Charb -- the side of his face was extremely pale. Riss was wounded and he told me, 'Coco, don't worry'."

Jean Cabut, known as Cabu, 76, Georges Wolinski, 80, and Stephane "Charb" Charbonnier, 47, were among France's most celebrated cartoonists. All lost their lives in the massacre.

Laurent Sourisseau, known as Riss, was shot and wounded but survived. He is now editorial director of Charlie Hebdo.

Still struggling with the memories

Five years later, Rey says she still struggles with the memories of the attack, as well as sensations of impotence and guilt.

"It took me a long time to understand that I am not the guilty one. The only culprits are the Islamist terrorists. The Kouachis and those who helped them," she told the court.

The trial, which began on 2 September, is expected to continue until November, reopening one of the post painful chapters in France's recent history.

Those on trial are suspected accomplices of the attackers, who were killed by police in the aftermath of the massacre.