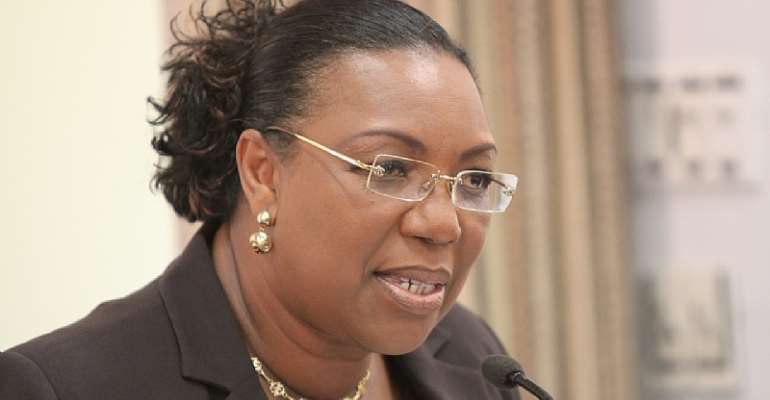 A former Minister for Justice and Attorney General, Hon. Betty Mould-Iddrisu has called on women leaders in the National Democratic Congress (NDC) to mentor and encourage women who want to go into politics.

According to her, it takes courage for a woman to be able to be in politics as Prof. Naana Jane Opoku-Agyemang has been courageous to take the step to be the running mate for the party’s flagbearer.

She said this when female appointees of the party had a meeting to deliberate on the actions they must take after the manifesto launch.

“I call upon us, women and women leaders in the NDC, please, we should always try to mentor and assist and encourage those of us who want to go into political leadership at the parliamentary level.”

Head of communication of the party, Madam Mawuena Trebrah also spoke to the media and said Prof. Naana Jane Opoku-Agyemang’s nomination symbolizes the opportunity for women to participate meaningfully so in her tour to the six regions, she made submission around the maternal care and the ability to have time to take care of children.

“One of the things that has been instructive is that as Professor Opoku-Agyemang has been touring the country, she has been to six regions so far, one of the recurring themes in her interactions with women is what her nomination symbolizes, it symbolizes the opportunity for women to participate more meaningfully.

“So as we listen to the issues that women raise in our rural communities, interestingly, they are no de-similar from some of the issues that women in the urban communities raise and I see very much in the submissions that Prof made, particularly around issues like, the maternal care and the ability to have time to take care of children not to be penalized because you are starting a family as a woman,” she said.