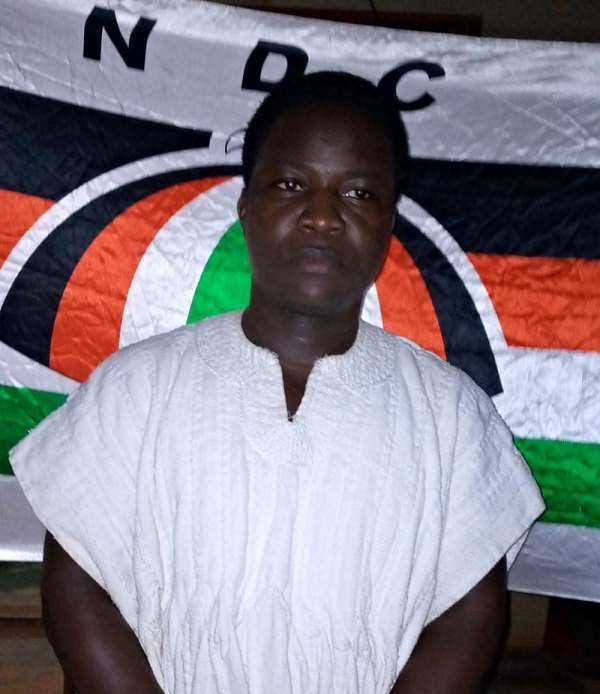 Collins Ofinam Takyi, the District Chief Executive has been lambasted by the communication officer of the Tano South municipality in which it has been alleged that the MCE presented NDC's project as the achievements of President Akufo-Addo led government.

Below is the full statement :

OUR MUNICIPAL CHIEF EXECUTIVE SHOULD BE TRUTHFUL TO CONSTITUENTS FOR ONCE - TANO SOUTH NDC.

It is time to clear the airwaves to expose the lies and misleads of the Tano South Municipal Chief Executive, most of the people in this constituency are not happy about this sitting MCE and his cabal.

The MCE is proclaiming massive development and jobs Creation in this municipality while the residents don't see the much talked about projects because that are ghost projects. All we keep hearing has been the brouhaha of stolen fertilizers in Tano South.

During the MCE's last submission on completed projects sent to Vice President Dr. Bawumia, most of these projects captured have been identified to be NDC projects in this municipality. Additionally, these projects were undertaken during the tenure of the NDC Parliamentary Candidate, Hannah Louisa Bisiw. I can confirm countless projects undertaken during the era of Hon. Dr. Hannah Louisa Bisiw and I can additionally state that communities within the Tano South municipality can point their hands at, even including ongoing projects that were started during her tenure. Mention can be made of a number of school classroom blocks, boreholes, ICT centres among other social intervention projects and infrastructure.

Information available to me has it that fifty-seven(57) projects were presented by the MCE. My checks have further revealed that forty-two(42) of these published projects started under the erstwhile NDC administration and at a time Dr. Hannah Louisa Bisiw was a sitting member of Parliament.

Twelve of these projects were ongoing in the era of NDC prior to the end of 2016 whiles the rest three (3) are the only true projects of the NPP in the Tano South municipality.

We wish to inform various communities within the Tano South municipality to stand firm and kick out these blatant lairs. I am by this release again calling on the Municipal Chief Executive and the Member of Parliament for Tano South to publish the government projects sent to Dr. BAWUMIA on their delivery tracker so Ghanaians will understand their tradition of lies.