Covid-19 is hampering access to education particularly in Africa - UN 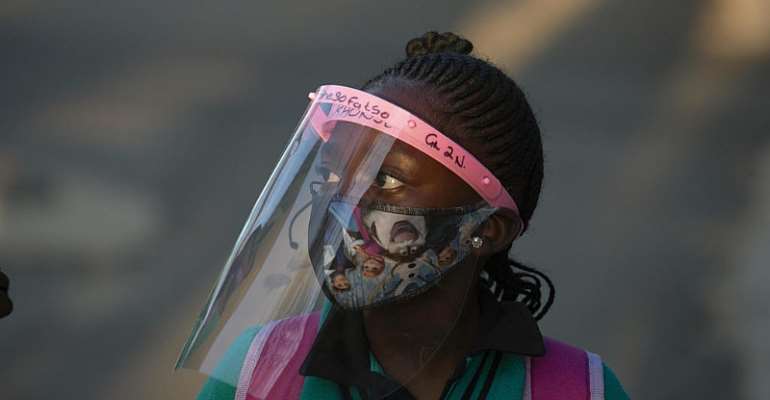 On the occasion of International Literacy Day, 8 September, the United Nations, and international NGOs such as World Vision (Vision du Monde), called attention to the fact that one in six children are not enrolled in school, a phenomenon exacerbated by the Covid-19 pandemic and one likely to have long term consequences for entire societies.

One of the areas affected greatly by the Covid-19 pandemic has been education, for both children and adults, one that is likely to have a far-reaching impact for the future of millions of young people around the world.

Unesco, the UN body in charge of education and culture, published a report in time for International Literacy Day, on 8 September, which found that at the peak of the Covid-19 crisis, 94 percent of the world's student population – 1.6 billion children – were forced out of school and at least one out of three school children (463 million) was unable to access remote learning.

This year's International Literacy Day, says the agency, is about “ teaching and learning in the COVID-19 crisis and beyond with a focus on the role of educators and changing pedagogies ,” all the more pertinent in a world where technology and access to it has come into sharp focus.

For the NGO Vision du Monde, the French branch of World Vision, on top of the 258 million children worldwide who are not currently in school, the pandemic alone may push a further 9.7 children to drop out in the coming months due to conditions of extreme poverty.

World Vision has been involved in the distribution of 143, 500 learning kits for children in developing countries who faced school closure due to Covid-19, as well as the training of more than 129,000 teachers, but this alone is not enough to counter the ever increasing challenges.

The organization has also noted that there are 125 million children worldwide who go to school but after four years still don't know how to read and write, due to adequate methods or trained staff, lack of support or materials.

To counter this, the NGO has established a programme known as "Unlock Literacy", designed to improve reading skills from a young age, at school, home or in the community. So far 1.7 million children have already seen significant improvement in their reading skills.

A lost generation
Among the variety of reasons why children are unable to go to school, be it lack of infrastructure (clean drinking water and toilets), child labour, child marriages, or conflict; Vision du Monde says poverty is the common denominator across the board.

The NGO is concerned that a whole generation will be adversely affected by the Covid crisis, which will only add to the 773 million adults worldwide who are illiterate.

Out of the 130 million of children not enrolled in school – 9 million are girls of primary school age (4 million in sub-Saharan Africa), compared to 3 million boys.

"On the African continent, there are 23 million children who go to school hungry, something which negatively affects their learning," Camille Romain des Boscs, the managing director of Vision du Monde told RFI .

She also goes on to explain that teen pregnancies are a real problem to continuing education for girls on the continent, where Vision du Monde has operations in Senegal, Mali and Ethiopia.

In sub-Saharan Africa, "42 percent of women agend 15-24 in urban areas have been pregnant before the age of 18, while in rural areas, that figure can rise to 50 percent," she says.

Covid response plans in Africa
Unesco estimates that some 5.3 million students in sub-Saharan Africa may not return to their studies due to the disruption linked to the Covid-19 crisis.

This is worrying, as prior to the crisis, Africa already registered the lowest literacy rate at 66 percent compared to a global average of 86 percent.

The continent accounts for one third of the world's non-literate adult population.

Interestingly, it was found that access to distance learning was higher in certain countries such as Kenya and South Africa, but lower in francophone countries, where adult literacy rates were sometimes higher.

The Covid-19  crisis meant that many literacy programmes were suspended, but some were integrated into covid-19 emergency response plans.

Unesco gave the example of Senegal, where the Ministry of National Education developed a response plan for distance learning, “first for children and young people, deploying online resource platforms, radio, and television”, while the government in Chad made a similar move for adult and non-formal education.

Takoradi 'azaaa' woman still in custody as she fails to meet...
28 minutes ago