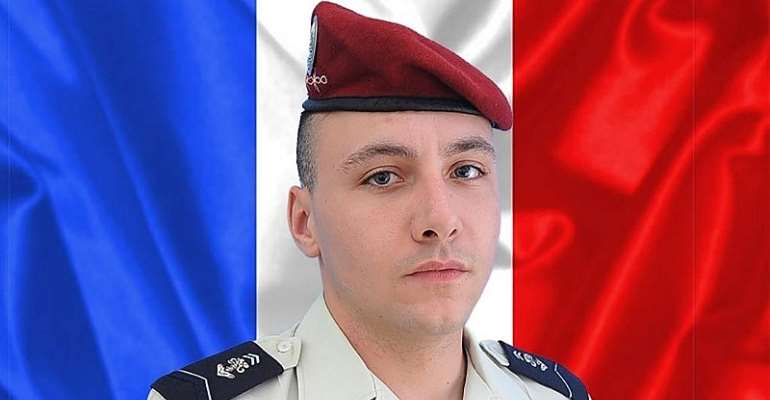 Mali's former minister of energy and mines Hamed Sow has saluted France for its numerous sacrifices to the Malian people after two French soldiers were killed in northern Mali, in a fresh setback for Operation Barkhane.

"France must be commended for all of the sacrifices it makes to Mali," Sow told RFI Tuesday, three days after two French soldiers were killed and one seriously injured by a homemade bomb in northern Mali.

Their death brings the total number of soldiers who have died serving in Mali to 45.

"Not only has France paid a heavy human price but it has also made a huge financial sacrifice," Sow said.

Between 2014 and 2017, France spent a little over 400 million euros on its anti-terror Operation Barkhane, which the former Malian minister claims costs Paris "2 million euros per day".

"Malians should be grateful to France," he continued. "It is the only country that has taken decisive action in the war in the Sahel."

Fight to go on
France has deployed over 5,000 troops in West Africa to fight jihadists in the region. French Minister for the Armed Forces Florence Parly on Monday insisted that the fight would continue.

"It is not the time to give up when (our) strategy is starting to bear fruit," she said.

The latest killings however have renewed doubts about the effectiveness of France's military involvement in Mali.

"These two boys, these two soldiers (...) did not die in vain," Parly insisted.

"They fought for France and led a fight against terrorism which does not stop, which must be continued".

Neocolonialism claims
Critics however have denounced France's military operation in its former colony as a neocolonialist foray, which so far has yielded little results.

"It is true that when the army of a former colonial power is present on the ground for a long time and doesn't achieve quick results, this can lead some people to think that France is trying to reconquer Mali," comments Hamed Sow.

The former minister for energy and mines, who served under the government of President Ahmed Toumani Touré between 2007 and 2009, reckons this type of analysis is skewed.

"France is not here to sell arms to Mali," he says, pointing to the minimal trade flows between the two partners.

"Other observers claim the French are here for our mineral resources. I'm a former mining minister and I didn't see a single French company on the market when I was in office."

Resisting anti-French hostility
In January, hundreds of Malians took to the streets in frustration over the increasing number of militant attacks that killed thousands of people across the region last year alone, and calling on French troops to leave.

On Thursday, at least ten Malian soldiers were killed in an ambush in the centre of the country near the Mauritanian border, further underscoring the insecurity in the region despite the heavy presence of Barkhane troops.

While Sow acknowledges the "agony" of Malians who have lost loved ones, he urges them not to be manipulated.

"People who drum up anti-French sentiment are doing so for their own benefit."

"France's interest in Mali is more to do with geopolitics than financial considerations," he claims, warning that if the situation in the Sahel deteriorates it could have far reaching consequences beyond Africa.

Civilian transition
French officials share the same concern and are worried that last month's military coup could undermine the fight against the Islamist groups active in Mali and the wider Sahel region.

In part two of our interview, RFI asks Hamed Sow where Mali goes next as the country's new junta rulers kick off national transition talks to steer Mali to civilian rule.

Place Rawlings on positive side of Ghana’s political history...
10 minutes ago