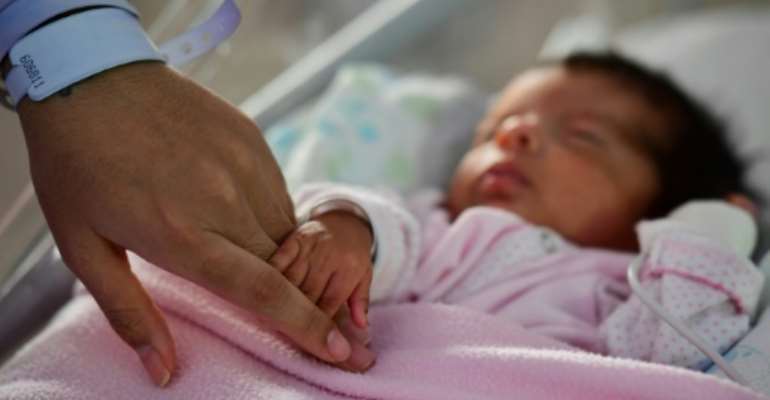 A UNICEF survey across 77 countries found 68 percent reported at least some disruption in child health checks and immunisations due to the COVID-19 pandemic. By RONALDO SCHEMIDT (AFP/File)

Disruptions to health services due to the pandemic are putting millions of additional lives at risk worldwide, the United Nations said Wednesday, warning that Covid-19 could reverse decades of progress in reducing child mortality.

The past 30 years have seen remarkable strides forward in preventing or treating causes of infant deaths including premature births and pneumonia.

Last year around 5.2 million children died due to preventable illness, compared with 12.5 million in 1990.

But it warned that the pandemic risked undoing all this by cutting routine child and maternal health services.

A UNICEF survey across 77 countries found 68 percent reported at least some disruption in child health checks and immunisations.

"The global community has come too far towards eliminating preventable child deaths to allow the pandemic to stop us in our tracks," she said.

"Without urgent investments to re-start disrupted health systems and services, millions of children under five, especially newborns, could die."

A woman with her baby walks past a street art poster created by the French artist Combo for the International Committee of the Red Cross in Paris. By THOMAS COEX (AFP/File)

The survey found that seven countries had child mortality rates of more than 50 deaths in 1000 live births last year.

In Afghanistan, where 1 in 17 children die before their fifth birthday, the ministry of health reported a "significant reduction" in visits to health facilities, UNICEF said.

Much of the disruption may be down to fear of contracting Covid-19. But there are profound risks for mothers and babies avoiding healthcare facilities that have nothing to do with the coronavirus.

John Wilmoth, director of the Population Division of the UN Department of Economic and Social Affairs, said that the report showed that the world had made significant progress on reducing child mortality over the last 30 years.

"It also draws attention to the need to redress the vast inequities in a child's prospects for survival and good health," he said.