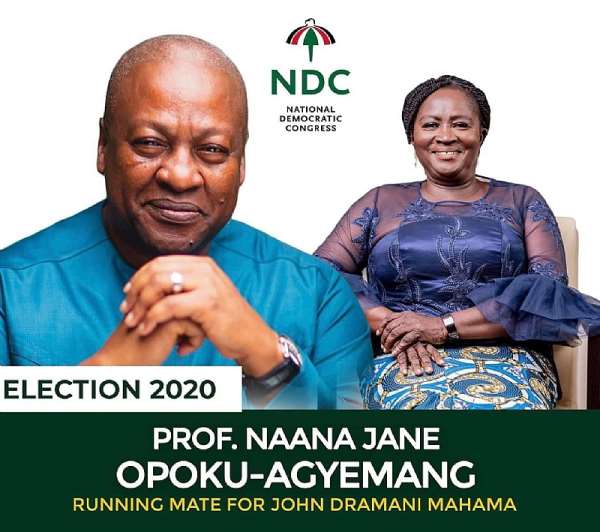 With respect to composing this piece, my nation (Ghana) is yet encountering intense monetary worry because of the negative effect of Coronavirus. Joblessness numbers and budgetary vulnerability are arriving at its top, amid the breakdown of organizations.

The period of complimentary gifts, guarantee there, guarantee here...time for mentioning to individuals what you feel they need to hear. A state where authenticity is given to the canines.

Ghana, a sovereign state has slashed a great deal of progress as decisions are concerned. In this cycle, we can't forget about ideological group declaration which happens to be an Ace in the hole for parties and furthermore political activists.

A few, who think can clarify it better, regularly describe it as the panacea to our day-to-day issues.

The inquiry is, does it assume a significant part so far as our Public Advancement is concerned..?

A manifesto is characterized as a distributed assertion of aims, thought processes, or perspectives on an individual, gathering, ideological group, or government.

It's ordinarily used to advance novel thoughts or aims. It gives a mesh understanding of what one plans to do or offer.

In our settings, it serves as a guide for political dissident which is used to administer the state. Typically, it's utilization to misfortune electorates along.

During the time spent creating, one may consider who the voters are, and attempt to engage the individuals who have faith in a certain idealogy.

Now and again, it is used to whip up the Exclusive class in line.

It joins its own arrangement of mottos, for example, one town one dam, one Region one Processing plant, one this, one that, and so on...

A few mantras communicated in proclamations are not possible, now and again it gets hard to isolate populist approaches from the real world.

Individuals despite everything imagine that ideological group statement is a booklet, exhibiting how a nation ought to be administered by tip-top privileged few. Sentimental subjects, the deceits include, and the clamor around it.

Now and again, it's being guided by histories of ideological groups who have gotten the chance to serve in government previously. They typically mix both past and to-do arrangements and projects.

Meet Ama Ghana, a nation administered by an ideological group proclamation as opposed to a Public Formative BluePrint.

Latest Photo Reports
Catch up with all the political quotes from our politicians.
Advertise here
More Opinion
ModernGhana Links
My bonus/gift: Uneducated, miseducated, or re-education eras/groups were/Are
Guinea's coup made leaps for Africa and the world, and offers more as opportunities, but some devils see the seeded food as poison?
"'What is wrong in eating of the fruit of good and bad?'"
Disappointed, Why?
The Ordinary Ghanaian
UK's decision to consider vaccinated Indians as 'unvaccinated' stinks of apartheid, lacks scientific merit
Kwame Nkrumah Holiday, A Complete Waste Of Time!
Dr. Nkrumah, A Quintessence Of Great Leadership
Nana Yaa Asantewaa Was Edwesohemaa, And Not “gyasehemaa Of Besease”
TOP STORIES