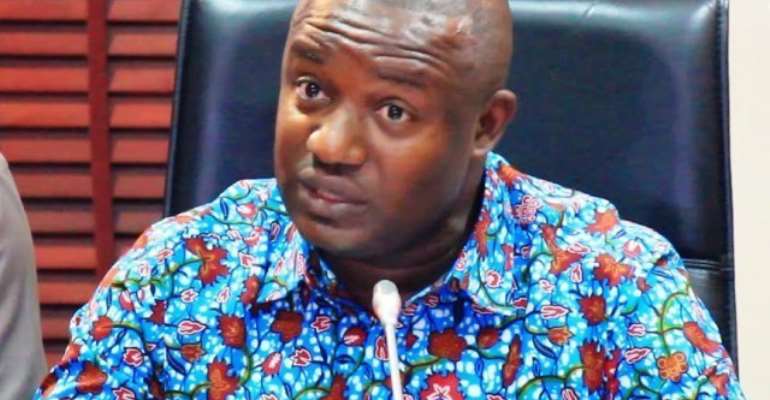 Former Deputy Energy Minister John Jinapor has attributed the power outage experienced in parts of Accra on Monday, 7 September during the opposition National Democratic Congress ’(NDC) -Manifesto launch to an on-going load shedding exercise being carried out by the Electricity Company of Ghana (ECG).

The former deputy minister revealed this in an article on Tuesday, 8 September 2020.

Mr Jinapor indicated that the ECG has been carrying out the load shedding exercise for the past two weeks.

Mr Jinapor wrote: “A lot of my NDC folks were complaining bitterly of Government sabotaging the NDC manifesto launch with deliberate power outages.

“What most of them failed to realise is that ECG, in particular, has been shedding load (Dumsor) for more than two weeks now.”

According to Mr Jinapor, “The Power sector SOEs [State Owned Enterprises] have only been gagged not to announce a schedule for the current ongoing load shedding.”

He continued that Monday evening’s power outage “was only worse because demand for electricity increased dramatically as a result of millions of Ghanaians deciding to watch the manifesto launch from the comfort of their homes.

“Obviously, supply couldn't cope with the demand, hence the situation went out of control resulting in massive power outages.”

The former Deputy Energy Minister further continued that; “The bottom line is that the power sector is choking with huge debts due to bad management practices and unnecessary political interference in the work of the regulator (PURC).”

He called on the government to be truthful to Ghanaians about the current situation of the energy sector.

“The Akufo-Addo led Government must be honest with Ghanaians and stop deceiving us. Ghanaians must be told the truth about the current load shedding and the real situation on the ground so they can plan their lives and brace for the challenge,” Mr Jinapor added.