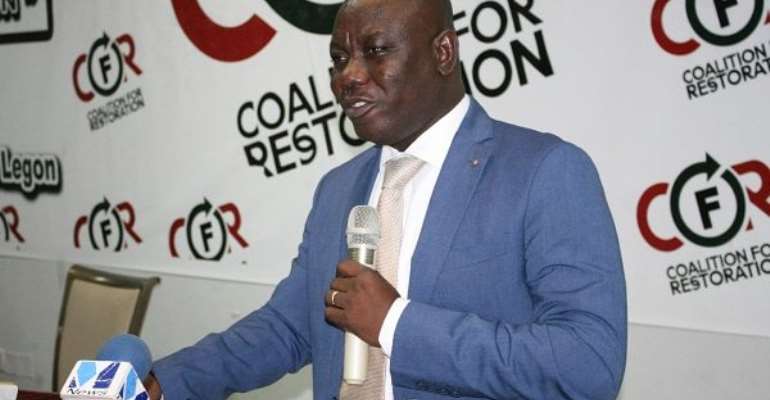 Speaking on Metro TV's Good Morning Ghana on Tuesday, 1 September 2020, the legislator said Dr Bawumia's promise that the NPP intended to construct a military airstrip and establish a satellite campus for the University for Development Studies (UDS) in Yendi were alien to the NPP's Manifesto.

He said those two promises, which Dr Bawumia announced to the Overlord of Dagbon, Ya Na Abukari II, when he paid a courtesy call on him at his palace in Yendi, were promised on the spur of the moment, given their absence in the party's manifesto.

"So, is it the case that the Vice President does not believe in the manifesto or he was not consulted such that he will be making promises outside the document?" he asked.

He said it was inappropriate for Dr Bawumia to abandon the manifesto, days after its launch, and resort to speaking outside it.

The opposition lawmaker said Dr Bawumia’s new promises also confirmed the NDC's stance that the NPP manifesto was inferior, rushed through and full of policies that the party does not fully commit to.

Mr Adongo said unlike the NPP, the NDC believes in its manifesto, which was launched on 7 September 2020, adding that it is a social contract between the party and the electorate and would, therefore, not propose policies that were alien to it.

He added that the party's manifesto was a reflection of the wishes of the people of Ghana, given that it was the outcome of an extensive consultation nationwide on the wishes and aspirations of the electorate under a new NDC administration.

The Executive Director of the Danquah Institute, Mr Richard Ahiagba, who was also on the show, said Dr Bawumia needed not to speak only to the NPP’s 2020 manifesto.

He said the manifesto was a vision to which different policies could be anchored.

He said the proposed satellite campus of the UDS and the military airstrip in Yendi were two projects that the Vice President believed to be relevant although not captured in the manifesto.