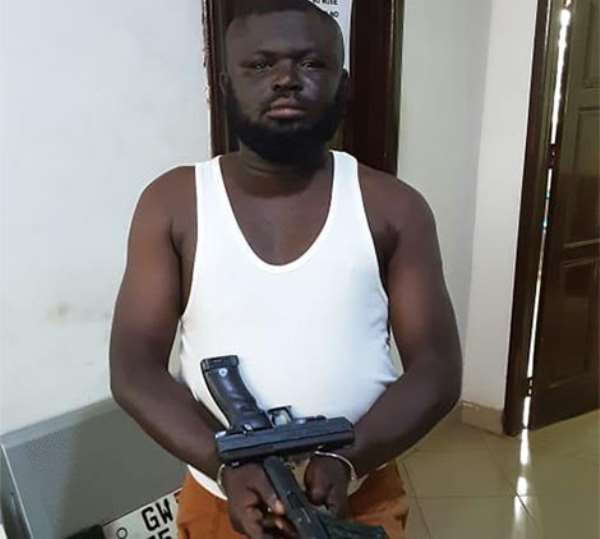 Alhassan Imrani, 38, who was nabbed by the Northern Regional Police Command for possessing a number of firearms, ammunition has been transferred to Tema in the Greater Accra region for prosecution.

According to him, the suspect reportedly shot a victim in the Central region in the leg and robbed him of a Toyota Highlander vehicle and brought it to Tamale.

He said the Toyota Highlander vehicle has since been handed over to the Tema Regional Police Command.

Police retrieved five vehicles from the suspect including the one he robbed in Tema.

He said they were conducting investigations to establish the owners of the vehicles.

The suspect is believed to be linked to a crime committed earlier in Tema for which the law enforcement officers have been on a manhunt for him.

According a police report, on September 5 following a tip-off, DSP/Mr. Mick Omari Boakye, Tamale Divisional Crime Officer, and D/Const. Vincent Nketiah assisted by a Tamale Patrol team arrested the suspect and sent him to the Divisional Headquarters, Tamale.

The entry was that the suspect was involved in a robbery which was reported to the Tema Regional CID.

A spraying shop was visited by the police in the course of the investigation and an ash colour Toyota Highlander with its front and rear bumpers removed was found.

The vehicle was suspected to have been snatched at gunpoint in Tema.