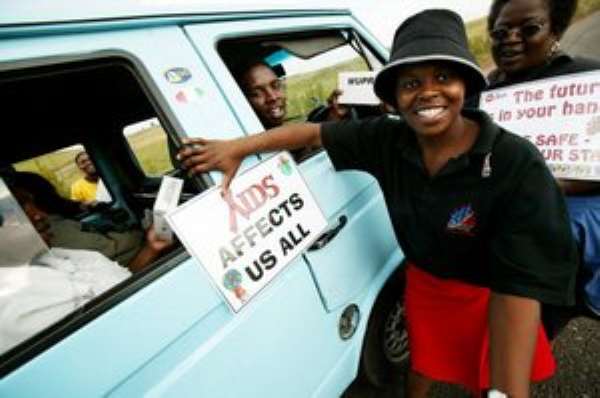 More than a quarter of New Yorkers infected with the Aids virus are now dying of other causes, researchers said on Monday.

An analysis of 68,669 New York City residents infected with HIV, the virus that causes Aids, found that of those who died between 1999 and 2004, 26.3 per cent died of something other than HIV.

That is a 32 per cent increase from 1999, when just under 20 per cent of HIV patients died of other causes.

Combinations of drugs that suppress the virus have been credited with allowing HIV patients to lead near-normal lives, and once- or twice-a-day dosing now makes them more manageable.

Nonetheless, Aids remains incurable and is always fatal in places where the drugs are not available -- notably much of Africa.

Writing in the Annals of Internal Medicine, Judith Sackoff and colleagues at the New York Department of Health and Mental Hygiene said they found that 31 per cent of HIV patients died because of substance abuse, close to 24 per cent died of cardiovascular disease and 20 per cent died of cancer unrelated to the virus.

"Physicians everywhere must remember that most of their HIV-infected patients will survive to develop the diseases that plague the rest of us," Dr Judith Aberg of New York University wrote in a commentary.

Another study published in the same journal found that nearly 10 per cent of men interviewed in New York who identified themselves as heterosexual reported having sex with at least one man during the previous year.

The survey of 4193 men conducted by the New York City Department of Health and Mental Hygiene found that 70 per cent of the men who had sex with other men were married.

Many admitted they had not used a condom and had not been tested for HIV.

"Doctors need to ask patients about specific sexual practices instead of relying on self-reported sexual orientation to assess risk for unsafe sexual practices and risk for sexually transmitted diseases," said Preeti Pathela, who led the study.