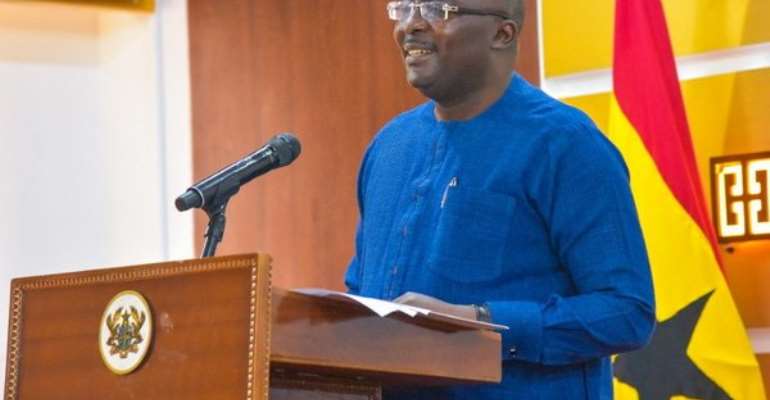 Vice President Dr Mahamudu Bawumia has assured Ghanaians that the ruling New Patriotic Party (NPP) will prosecute a very peaceful campaign in the run-up to the 2020 general elections.

He said the party was committed to doing that because without peace there could never be any meaningful development, stressing that there would be no room for insults or incitement of violence.

Dr Bawumia gave the assurance when he paid a courtesy call on the Overlord of the Waala Kingdom, Wa Naa Seidu Fuseini Pelpuo IV, at his palace in Wa as part of his three-day campaign tour of the Upper West Region.

“We are going to speak to the people about what we have done and what we intend to do and leave the decision to the people to make come December 7, 2020.”

Dr Bawumia, who is also the running mate of the NPP flagbearer for the 2020 general elections, noted that Ghana is the most peaceful country in West Africa and the government intended to maintain the peace now and for the future.

He said the NPP is a development-oriented party that thinks about the people and how to improve their quality of lives through the implementation of a development agenda that leaves no one behind.

The Vice President said since the NPP came into power it had implemented a development architecture that ensures every Metropolitan, Municipal or District Assembly got its fair share of development.

Dr Bawumia said the government had also restored teachers and nursing trainee's allowances and Arabic Teachers to make life comfortable for them to go through their professional training and work.

“We are going to talk about our record as we go about our campaign and we believe the people after assessing our record, they will vote for President Akufo Addo to continue to do more to develop the country,” he said.

Dr Bawumia, therefore, asked for the prayers, blessings and support of Wa Naa Pelpuo and his people to ensure victory for the NPP come December 7, 2020.

Wa Naa Pelpuo called for a peaceful campaign ahead of the 2020 elections and appealed to government to dualize the Wa town roads to ensure a free flow of vehicular traffic and to reduce accidents.

He equally appealed for the upgrading of at least two health centres within the Wa Municipality into polyclinics to help serve the health needs of the people.

The Overlord of the Waala Kingdom also pleaded with the government to release the Upper West Regional Hospital seed money to enable it to function at full capacity.

Any reasonable government will prioritize the abandoned proj...
9 minutes ago