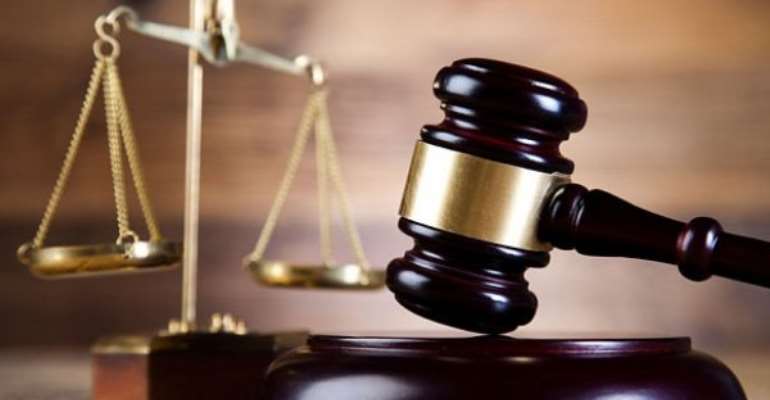 Bakari Adams, a 32-year-old driver, who allegedly poured acid on his wife's body and face at Madina Zongo, has appeared before an Accra Circuit Court charged with causing harm.

Bakari Adams is said to have absconded after the act on June 9, 2019, but was arrested at Tuna, in the Savana Region on September 1 and handed over to the Madina Domestic Violence and Victims' Support Unit (DOVVSU).

Adams, who pleaded not guilty, was admitted to bail in the sum of GHC 100,000.00 with four sureties.

The sureties, the court said, should be justified with any landed property worth GHC100,000.00 and four sureties should be residents of Accra.

According to the court, the title deed and valuation report of the property should be deposited at the court's registry pending the determination of the matter.

The matter has been adjourned to October 7.

Sergeant Opoku Aniagyei, who held the brief of Chief Inspector Kofi Atimbire, said the complainant Barikisu Alhassan is a 21-year-old trader residing at Madina Zongo while Adams resides at Okponglo, near East Legon in Accra.

Sergeant Aniagyei said Barikisu and Adams have been married for the past six years and have a child.

The prosecution said Adams had accused the complainant of extra marital affair and based on that he has been abusing her physically.

According to the prosecution Barikisu at a point could not take the abuse anymore hence while Adams was at work, she packed her things and left the house.

However, the accused traced her to Madina Zongo, where Barisku was staying with a relative.

The prosecution said when Adams saw Barikisu, he demanded his car documents from her.

The accused, however, threatened the complainant that if he did not find the car documents, “something will happen to her.”

On June 9, last year, at about 2200 hours, Adams came to have a word with the complainant.

Unknown to the complainant, the accused asked that they both stand behind a container so he could talk to her.

Adams, who had concealed acid in a polythene bag, poured same on the complainant's face and body and bolted.

The prosecution said the complainant shouted for help, and was rescued and rushed to the hospital.

The prosecution said the accused was arrested at Tuna in the Savana Region on September 1, this year and brought to Madina (DOVVSU) to assist in investigations.