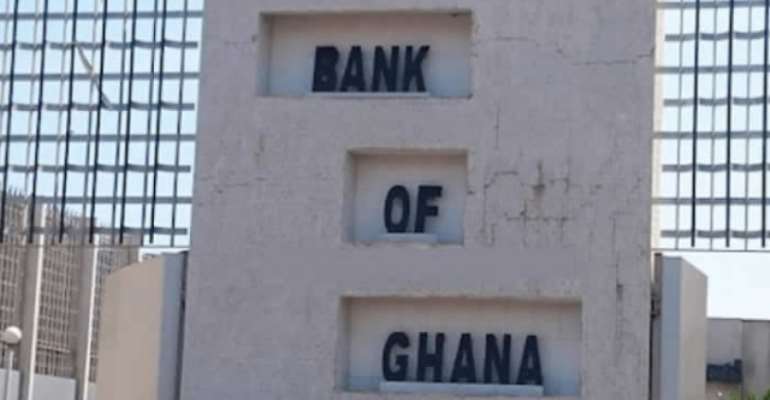 These laws also strengthened the central bank’s powers in licensing, dealing with illegal banking and providing a transparent procedure for regulatory issuances. It must be emphasized that these laws which were passed under the NDC government were the very ones that provided the legal basis for the NPP’s financial sector exercise but which was implemented wrongly. If indeed the NDC did nothing to address the issue of distressed banks, the question to ask is why these new laws for dealing with distressed banks as well as the ESLA Act, 2015 (Act 899) were passed by the NDC government in the first place.

Following the Assets Quality Review (AQR) exercise in 2015, the Energy Sector Levy Act (ESLA), 2015 Act 899 was passed by the NDC government to among others help clear the energy sector debts which were impacting on the banks. A recapitalization and liquidity roadmap for the banking sector was established and banks were requested in line with S.105(3) of the Banks and Specialized Deposit Institutions (BSDI) Act 2016 (Act 930) to submit credible capital restoration plans with clear deadlines. In line with the roadmap, a new minimum capital requirement for banks was to be announced from 2017 which was to be met by 2019. This was pegged at GH¢230million upon consultations with stakeholders.

The implementation of the Basle II/III accord and IFRS 9 were pursued in 2016 and efforts were made to strengthen the supervisory processes of the Banking Supervision Department of the Bank of Ghana (BOG) and enhance its prudential framework. The Internal Capital Adequacy Assessment Process (ICAAP) was also introduced and initial guidelines were issued to banks. ICAAP would assess a bank's risks; detail how the bank intended to mitigate those risks and how much current and future capital would be needed. This approach, together with the implementation of Basle III (covering risk capital and liquidity standards) would have engineered the needed flexibility for small local banks to operate alongside big banks without compromising on solvency or compelling small local banks to carry a lot of capital beyond their needs.

Clearly, this approach would have served better than the contrived Ghana Amalgamated Trust Ltd (GAT) model, the special purpose vehicle set up by the NPP government to ostensibly support selected indigenous banks. GAT lacks transparency especially regarding its beneficial owners, the sources of its funding and the sleazy criteria for selection of banks. The next NDC government shall lift the veil on the true beneficial shareholders of the scheme and the source of its funding as well as the predatory bailout strategy that was used.

Also, a resolution plan for distressed non-bank financial institutions (NBFIs) was designed with support from the World Bank in early 2016, and the implementation started with the resolution of DKM Ltd with payments to its customers starting from September/October 2016. Unfortunately, the plan was delayed by the NPP government in 2017, thereby worsening the condition of the distressed NBFIs further.

In contrast to the NDC’s roadmap, the NPP decided to adopt a haphazard approach with a wrong sequencing of interventions and with no reference to the strategy that was already in place. There was no prior consideration for the level of interconnectedness across the industry and also the fact that one of the banks in particular was a domestic systemically important bank (DSIB) that needed to be handled in line with best practices. For such DSIBs, the first best solution would have been a stabilization option that engenders the least cost. These considerations were absent and hence the results are not surprising at all.

Hottest Photo Reports
Catch up with all the political quotes from our politicians.
Advertise here
More Article
ModernGhana Links
Ensure Maximum Transparency In The Confirmation Of Metropolitan, Municipal, District Chief Executive Nominees
Mali's elephants show how people and nature can share space in a complex world
Want to develop vaccines in Africa? Then invest in expertise and infrastructure
Ghana's rice farmers need finance for new technologies, but banks don't trust them
Vaccinating domestic dogs reduces rabies in the wild. Why this matters
Is your job making you Arrogant?
Mapping the contours of Jihadist groups in the Sahel
Negative at last – My covid experience
A granular look at UK's COVID-19 'red list' shows why it's deeply flawed
TOP STORIES