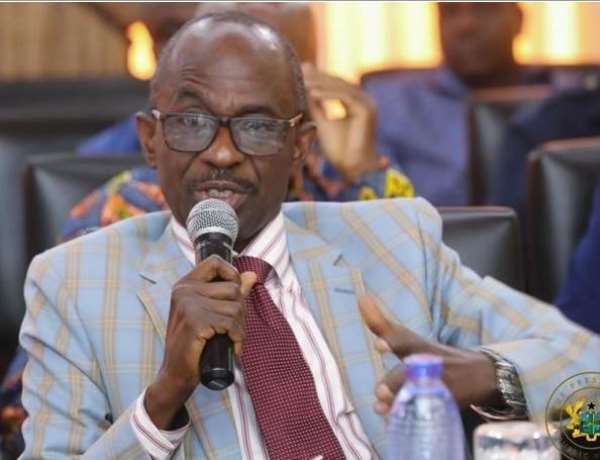 The General Secretary of the largest opposition NDC has alleged that State security has been infiltrated by the governing New Patriotic Party’s(NPP) vigilantes ahead of the December 07, elections.

He warned that this “hoodlums” will break out and wreak acts of mayhem on unsuspecting individuals, “not forgetting that the country has just 90 days to the general elections”

Speaking on Ghana Kasa on Agoo TV/Kasapa 102.5 Fm, the General Scribe of the largest opposition NDC said if this goes unchecked the problem in December will be severe.

“It’s because of the political season and the general elections that’s why the government has infiltrated the military and the security apparatus with these vigilantes. So they’ve targeted to ramp up this activity and recruit more of their vigilante boys into the military so that they can guard the ballot boxes in the December polls,” he told host Bonohene Baffuor Awuah.

Mr. Asiedu Nketiah said Ghanaians must take a cue from the mass registration exercise, where the military and party thugs stopped people from exercising their right to register and in some instances visited mayhem on the people.

“If we don’t speak out now as a society against this, it’ll escalate in elections. If the elections would be peaceful, then the Clergy will have to use their pulpit constructively from now to elections, while the media also play their watchdog role well and speak against all these things in the lead up to the December polls.”

Meanwhile, the National Peace Council, has called on the two leading political parties, (NDC,NPP) to strictly adhere to the laws on political vigilantism and election related violence following the recorded skirmishes in the mass registration.

A statement issued by the Peace Council some two months ago, asked both NPP and NDC to “disassociate itself from any violent activity by any of their members during and after the registration process and to go further to facilitate the arrest of such people who are bent on dragging the path of peace Ghana has taken backwards.”

There were incidences and pockets of violence in some Registration Centres in the mass registration exercise.

News reports confirmed that clashes between the supporters of the New Patriotic Party and the National Democratic Congress culminated in some sporadic shootings, machete wounds on party activists, and some killings.

Alliance of CSO petitions Parliament for audience with GNPC ...
25 minutes ago