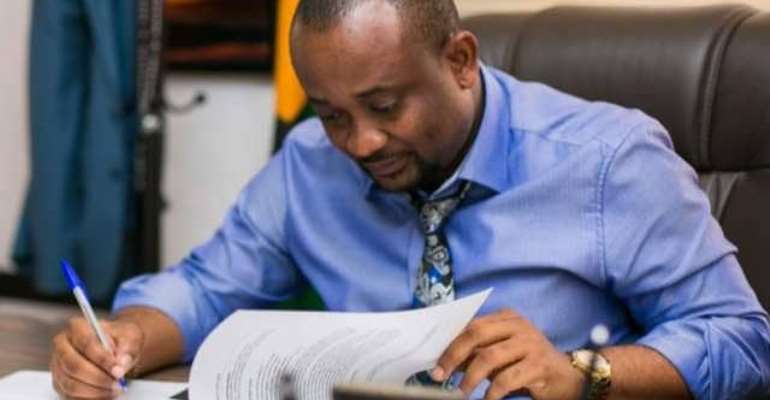 Deputy Minister for Information, Pius Enam Hadzide, has described the NDC’s manifesto as a rehash of old unfulfilled promises by the erstwhile John Mahama government.

Speaking on GHONE TV on Tuesday, the deputy Information Minister said touting the NDC manifesto launched on Monday as a People’s Manifesto is a deception engineered to hoodwink Ghanaians to vote for the NDC in the upcoming December elections.

“It was a rehash of old promises not kept, especially the payment of assembly members was an old John Mahama promise not kept

“…what I am worried about is the credibility of the promises, we must benchmark their promises against their track record because they have made promises in the past that they have not kept.”

Announcing highlights of the NDC manifesto on Monday at the University of Professional Studies, Accra, Professor Opoku Agyemang, stated that a future NDC administration will make the free SHS better and more inclusive.

“We have every plan and desire to make the free SHS much better,” she said adding that and NDC government will abolish double track system by completing all educational structures and e-blocks abandoned by the NPP government.

According to her, an NDC government under Mr John Mahama will expand the free SHS policy to cover students in private senior high schools.

The National Democratic Congress has also promised to construct a domestic airport in the Upper East region if the party wins the December 7 elections.

This was revealed by the flagbearer of the party, John Dramani Mahama during the party’s manifesto launch at the University of Professional Studies, Accra, on Monday.

Mr Mahama said “We will construct a domestic airport in the Upper East region,” adding “the land was secured when I was President and so we will continue with it.”

The former President also stated that the Kumasi Airport will be upgraded to receive bigger aircrafts adding that various markets across the country will see a facelift using the Kejetia module.

“We will establish mini-gold refineries in the gold producing areas. We will partner the private sector to help us achieve this. We will stop the exporting of unrefined gold.”

The former President added that his next government will scrap the law banning the importation of salvaged vehicles. He also reiterated his promise to legalise Okada and regulate it to provide meaningful jobs for the unemployed.

Also speaking at the ceremony, Minority leader Haruna Iddrisu said irrigation dams which will be constructed across the country if the National Democratic Congress wins power will be funded by the Ghana Exim bank.

According to him, the dams the NDC will construct will be fit enough to serve the purpose for which they were constructed.

“The dams that will be constructed under President Mahama will be proper dams. Often the media will ask how the promises will be funded; John Mahama’s pledge that the irrigation dams across the country will be funded by the Ghana EXIM BANK,” the Minority leader said at the manifesto launch of the at the UPSA hall in Accra Monday.

He stressed: ”What John Mahama promise, he will honour as his covenant to the Ghanaian people”.

Any reasonable government will prioritize the abandoned proj...
32 minutes ago