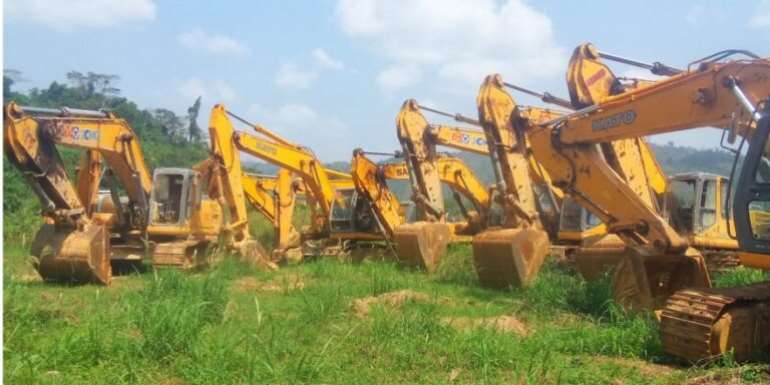 The Association of Small Scale Miners at Obuasi in the Ashanti region say they do not trust the NDC will deliver on their promise to return their seized excavators if they win the December polls.

Former President John Mahama while unveiling the NDC’s manifesto for the 2020 elections, among other things, said the party will return to the original owners all excavators that have been seized by the Akufo-Addo administration during the clampdown on illegal mining.

The party has also promised to give back all seized mining concessions to their original owners.

“We’ll retrieve the concessions and give them back to the rightful owners. We’ll make laws such that the country will benefit from the mining without destroying our lands and water bodies.”

Reacting to the promise, Secretary of the small scale miners at Obuasi Haruna Seidu Aboagye told Francis Abban on the Morning Starr Tuesday that they need more than just a promise.

“We don’t believe the NDC will return our missing excavators. They [NDC] seized our excavators in the past and NPP has done same so we don’t believe them. What we need as an association is proper arrangement when acquiring land, equipment, and an environment to sell our gold”.

The NDC flagbearer has also promised to ensure the efficient management of small scale mining in the country.

“We will monitor and ensure that small scale mining is done well to save the environment while opening the gate for a lot of job opportunities for our youth in the mining sector,” Mr Mahama said in Akan as he also hinted of introducing task force and Mining Safety Officers who will ensure that ploughing of land is done in a safe manner in the country.

“We don’t have to abuse people with soldiers because they want to fend for their families. We only need laws to regulate that kind of mining in the country because when we do that well, it will create wealth for our youth”.

MMDCE appointments shouldn't be seen as job for the boys' - ...
24 minutes ago