Adomako Baafi On NDC Manifesto..."By Their Lies We Shall Know Them" 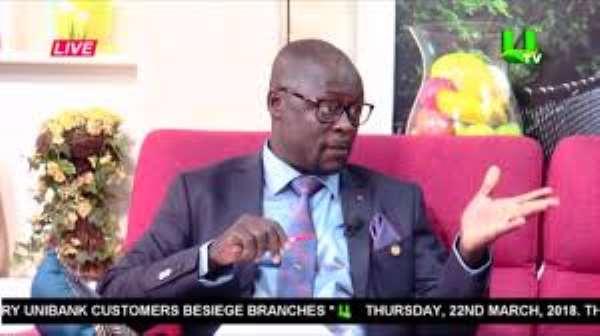 Former Director of Communications of the New Patriotic Party, Lawyer Yaw Adomako Baafi has described the manifesto from the National Democratic Congress [NDC] as lies and in a way to trick Ghanaians again.

The opposition National Democratic Congress on Monday 7th September 2020 launched their manifesto at the University of Professional Studies, Accra [UPSA].

After the launch of the manifesto titled, 'The People's Manifesto: Jobs, Prosperity and more', most of the people in the political scene have shared their views especially those in the NPP.

Speaking in an interview on Kumasi based Nhyira FM's morning show on Tuesday 8th September 2020. Former Director of communications of the NPP Lawyer Yaw Adomako Baafi described it as lies.

He added evidence to prove his point by quoting their 2012 manifesto page 46 which promised employment for every graduate but later on 18th November 2016, President John Mahama in an interview said he is not a magician.

He quoted their 2008 and 2012 manifesto which promised a pension scheme for farmers but they didn't do it.

Lastly, he quoted what the Chairman of the NDC said at the manifesto launch which he said they solved 'Dum So' before they left but this same chairman 0n 2nd march 2017 said in an interview that Mahama would have solved Dum So if he was retained.

He said all these are lies so there is nothing new in the People's Manifesto.