My Gov't Will Prosecute Akufo-Addo Over Cathedral— Osofo Kyiriabosom 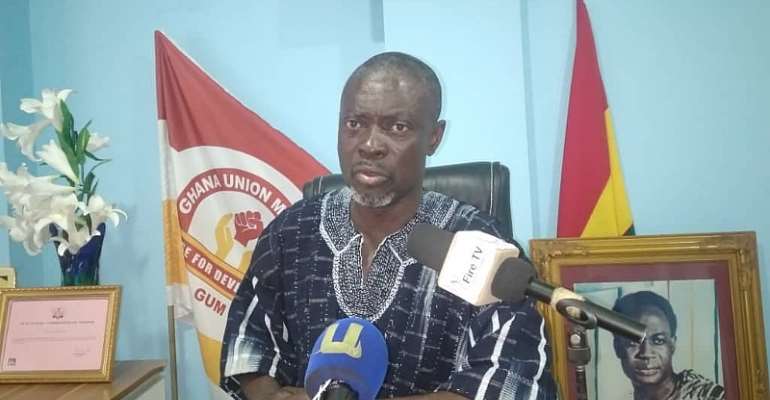 The Flagbearer and Founder of Ghana Union Movement (GUM), Reverend Christian Kwabena Andrews, popularly known as Sofo Kyiriabosom, has stated that his government will prosecute the current President Nana Akufo-Addo over the 'wasteful' National Cathedral project should he win the 2020 December, elections.

According to him, the President deceived Ghanaians and wasted resources by pulling down a supposed property to build a Chapel for God which has never been achieved.

He also said that Ghanaians are not in full support of the National Cathedral project.

"I will take Nana Addo to court when I'm elected as President because he is disturbing Ghanaians. He promised to build a chapel for Christ which he supposed to buy land and do that but he pulled down a national property."

He said this in an interview after addressing the media in Accra on the miraculous incident that happened over the weekend when on a campaign tour in the Western North region.

Detailing what transpired on the trail, he said, "On my regional campaign at Sefwi Bekwai in the Western North Region, after greeting the chiefs and the residents a miraculous rainbow in a circular form appeared in the sky and the whole place became dark for some seconds. It began to disappear the moment my convoy began to move from the place which I see as a sign of victory. We all know Rainbow is a sign of victory, peace, and unity which I strongly believe God wants me to rule Ghana with peace," he said.

Osofo Kyiriabosom said Ghanaians are fed up with political parties like New Patriotic Party (NPP) and National Democratic Party(NDC), adding that the leaders are liars and have nothing to offer the good people of Ghana.

"The New Patriotic Party (NPP) and the National Democratic Congress (NDC) – had both failed to transform a country like Ghana that is endowed with rich natural and human resources.

Although he acknowledged the fact that there have been some attempts such as Akufo-Addo’s flagship One District One Factory and rearing for food and jobs, he described it as a “failed promise.

Punching the NDC too, he said Former President John Mahama’s return into the presidential race was pointless as he had nothing to offer the people because he had his chance to rule

He was emphatical that Mahama’s records showed that he failed woefully in fixing unemployment issues, fighting corruption, and contributed to putting the nation at great financial risk by borrowing excessively which the current government is doing despite promising Ghana Beyond Aid.

"Nana Addo promised Ghana Beyond Aid which means we don't need any help but he has borrowed a lot. For the records if the debt is to be shared among Ghanaians each person has to pay GH¢10,000 to pay," he said.

"The time has come for Ghanaians to make use of their common sense rather than allowing members of NDC and NPP to fool them," the GUM leader advised.

He, then, urged everyone to vote massively for GUM come December 2020 General Election for good governance.