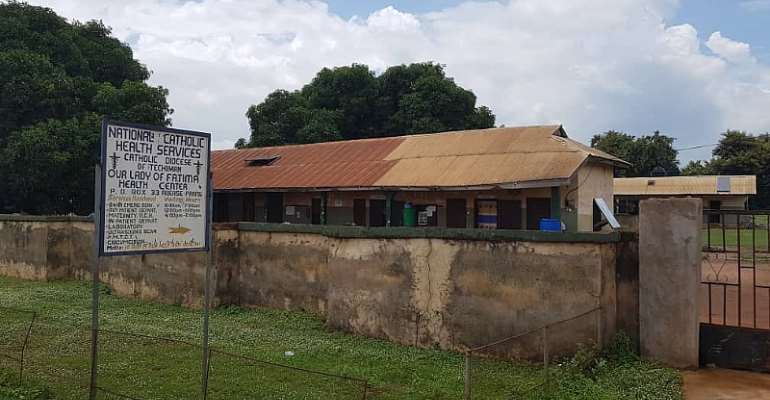 The people of Abease in the Pru West district of the Bono East region have made the upgrading of the ‘Our Lady of Fatima’ health center into a polyclinic a matter of priority to help address among others maternal health issues facing the community.

The town is 35km from the district capital Prang and also far removed from the adjoining Kintampo North municipality where critical maternal health problems could be addressed. This coupled with the bad nature of the road linking the community to both places makes the issue even more pertinent.

This came to light at a community engagement on Social Auditing organized by the National Commission for Civic Education NCCE at Abease. The Social Auditing exercise is part of the Accountability, Rule of Law and Anti-Corruption Programme ARAP which started in 2005 and funded by the European Union.

According to Mr. Frederick Tabiri Anning the officer-in-charge of the Pru West district office of the Commission, notwithstanding the laudable ideals of the Local Government Act 936 of 2016, the level of citizen’s participation in local governance is very low since many do not know the key roles they could play to ensure good governance adding that Social Auditing aims at increasing citizen’s participation in decision making at all levels of governance.

The Bono East regional director of the Commission Mr. Joseph Kwaku Yeboah in a presentation made reference to chapter 6 of the 1992 constitution which touches on the ‘directive principles of state policy’ with specific reference to articles 35 clause (6) paragraph (d) and 41 clause (g) which empowers the people to take active interest in local governance.

He said Social Auditing aims at increasing awareness of the operations of local government and empowering citizen’s to effectively play their watchdog role on duty bearers whilst promoting community initiative and ownership of developmental projects and policies.

He took the participants through the Social Auditing concept which involved the assessment of the needs of the Abease community after which the upgrading of the health center into a polyclinic was prioritized as the most pressing need.

An action plan was drawn after which a nine-member committee comprising representatives of various stakeholders was constituted to oversee the implementation of the project.

The Adontenhene of the Abease traditional area Nana Sarfo Adu, who chaired the function expressed his appreciation to the Commission for the insightful education on how the community could initiate self-help projects and pledged the support of the traditional council to ensure the planned project becomes a success story.