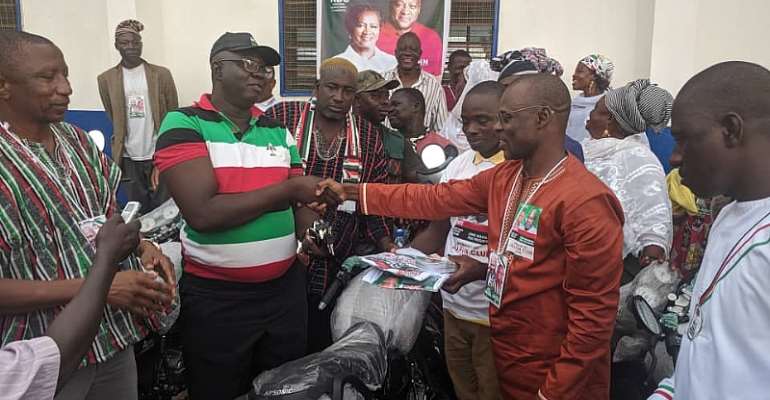 Dr Thomas Anaba, former Medical Director of Ridge Hospital has equipped the Garu Constituency of the opposition National Democratic Congress (NDC) in the Upper East Region for a landslide victory in the coming December 7 polls.

He assured the constituency of his unflinching support in campaigning for the NDC to capture Presidential power from the ruling government.

Dr Anabah made this declaration when he donated items to Garu constituency of the NDC during the inauguration of its campaign team, with Mr Thomas Lambon as the Campaign Head.

Dr Anaba surprised the supporters when he indicated his willingness to resource the running and maintenance of the motor bikes presented.

The items, he said, was to equip the executives and parliamentary candidate to enable them canvass votes for standard-bearer of the NDC, John Dramani Mahama and the NDC as a whole.

Highlighting on the party's monumental achievements, Dr Anaba said it is time for all to vote massively for the NDC in order to make Ghana a safer haven for all. 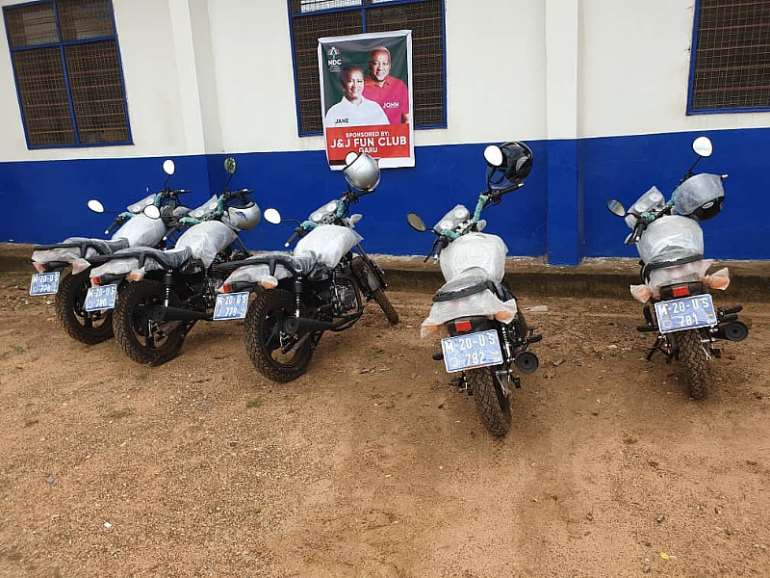 According to him, he has a reward for branches of the constituency that would garner massive votes for the party with a special package.

Dr Anaba, having done extensive monitoring during the just ended voter's registration exercise and motivating the grassroots to offer their very best for the party, said all indications point to the fact that the NDC is poised to recapture power.

He promised to use them for its intended purpose to bring back the NDC to power.

Alongside the inaugural ceremony, a group called Fun Club for JM and JN which is purely an NDC offspring formed purposefully to set records by way of soaring up the party electoral fortunes in the constituency.

"This group's activity must be complimentary and must not be seen conflicting or contradictory", the sole sponsor Dr Anaba emphasized.