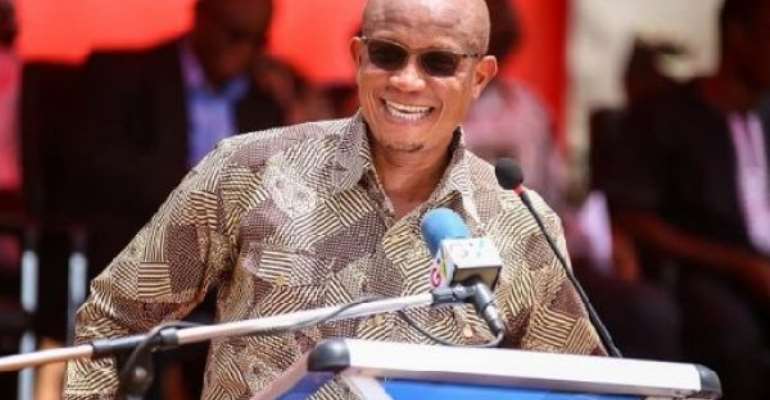 He said, over the years, the NPP had been faithful with Ghanaians by fulfilling most of its promises and, thus, urged voters in the December polls to endeavour to judge the two political parties based on their achievements.

"The 2020 presidential polls is unique in the sense that this is the first time the two main candidates -President Akufo-Addo and former President John Mahama have been Presidents before.

"Therefore, voters should judge the two candidates based on their track records when they had the opportunity to serve the country," Dr Hamid emphasised.

Dr Abdul-Hamid, also the Minister of Inner City and Zongo Development, made these remarks at a news conference in Accra, on Monday.

The media encounter was a platform for the NPP to provide further perspectives on which political party and presidential candidate best qualified to lead the nation.

Dr Abdul-Hamid was of the conviction that anyone with clear and objective mind when analysing the achievements of President Akufo-Addo and Mr Mahama, would conclude that Nana Addo's track record far outshined that of Mahama in every stretch of imagination.

He mentioned some of the NPP government's fulfilled promises, including the Free Senior High School policy, restoration of teacher and nursing trainee allowances, Planting for Food and Jobs, One-Constituency-One-Ambulance, establishment of Zongo Development Fund, One-Village - One-Dam, provision of government scholarships to 40 Zongo students to study medicine in Cuba and One-District-One-Factory.

"Mahama has nothing to show for the period he had the opportunity to serve the country because he is "no keeper of promises, unlike President Akufo-Addo," he said.

" Therefore, track records should be the basis for electability for the 2020 elections.

The Deputy NPP Campaign Manager also condemned the NDC Flagbearer for endorsing what he called "a tribal-laced article" that sought to create disunity in the country and asked Mr Mahama to apologise unreservedly.

Akufo-Addo's response to Aflao Chief was wrong; he must apol...
54 minutes ago

NIA suspends registration at GRA, RGD from October 25
56 minutes ago