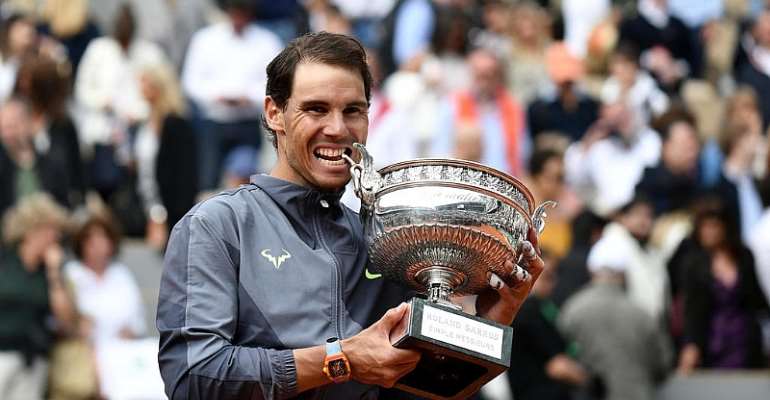 French Open tennis chiefs on Monday laid down the law for players and fans at the clay court circuit's most famous tournament.

In a move likely to court controversy, all players will be housed in two designated hotels to reduce the risks from coronavirus

Normally the big names such as Rafael Nadal, Novak Djokovic and Serena Williams stay in luxurious rented apartments or specific hotels near the Roland Garros stadium on the western fringes of Paris

But tournament director Guy Forget said there would be no exceptions to the rule which has been introduced to reduce the risk of infections from the coronavirus.

The French tennis federation (FFT) said players will be tested upon their arrival in Paris to gauge if they have the illness which has killed nearly 900,000 people worldwide. They will receive the accreditation that allows them to compete as soon as the first negative test is returned, said Forget.

Tests
A second test will be carried out within 72 hours and then another test will be done every five days based on a player's progression in the tournament, Forget said.

"We not trying to conjure up something from a science fiction film like a hermetically sealed sanitary bubble,” added the FFT's director general  Jean-François Vilotte. “That's a fantasy. There is no illusion of a magical place where we would be protected from everything.

"What we're setting up is to absolutely minimise the risks. But the principle of responsibility is that everyone must respect the social distancing measures, it's the only way to protect one's health and the health of the people we come across.”

The French Open normally takes place during the last week of May and first week of June. But the 2020 event was postponed as France buckled under the first wave of the pandemic.

Changes
Organisers incurred  the wrath of tennis administrators when they unilaterally announced their rescheduling. Normally the second of the year's four most prestigious events, it was reset to follow the US Open in New York.

That event is being played without fans at the Billie Jean King Tennis Centre in Flushing Meadows.

However, the French Open will allow 11,500 spectators rather than the 20,000 people who crammed into the 12 hectare site per day during the 2019 competition. It is estimated the shortfall will lead to the loss of around 140million euros.

The Roland Garros complex will be divided into three separate zones. Centre court - Philippe Chatrier - and the second show court Suzanne Lenglen will be limited to 5,000 spectators apiece.

Court Simonne Mathieu, which was inaugurated in 2019, will be restricted to 1,500 fans. Play on the outside courts will go ahead with no spectators.