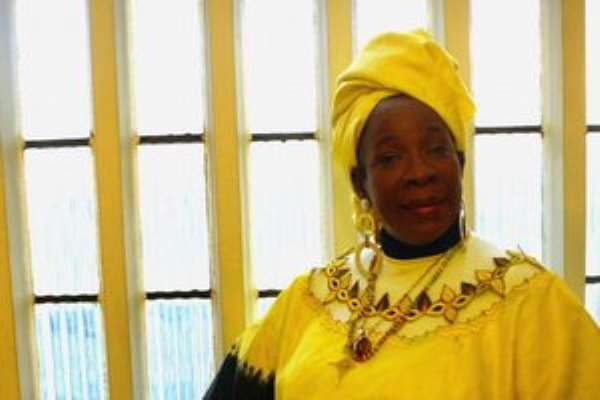 Rita Marley, the widow of late reggae musician Bob Marley, has been falsely using the name of Archbishop Desmond Tutu to garner publicity for a series of concerts she hopes to hold in the country early next year to commemorate the birth of her husband.

The Africa Unite programme -- which will be staged in Durban, Cape Town and Johannesburg under the auspices of the Rita and Bob Marley Foundation -- is set to include music concerts, a photo exhibition and a fashion show.

In an interview with the Mail & Guardian early last week, Marley claimed to have been appointed as the spokesperson of the Emerging Leadership Programme, which was previously known as the Desmond Tutu Leadership Programme and formed part of the Desmond Tutu Peace Trust. The programme has not been associated with Tutu since August this year, as the trust has been restructuring its business focus.

"The archbishop has been tightening up on the use of his name in recent months as he had been too generous with it. We have taken a conscious decision not to associate ourselves with any organisation unless thorough research has been done on that particular organisation," said Dan Vaughan, director of the trust.

Vaughan said that representatives of the trust, including Tutu, had only met Marley informally in August and had not given her permission to associate herself with Tutu, as she has done in press statements announcing the concert.

A press release issued this week emphasises the role of the Desmond Tutu Peace Centre in the organisation of the concerts.

Upon hearing that the centre had not confirmed its involvement with the Africa Unite initiative, Marley said the relationship with the trust was still in its early stages as "I still need to know what they see my role as".

Controversy has dogged Marley elsewhere on the continent. In Ghana, where the second Africa Unite concert was held this February, she allegedly still owes Mega Star Limited, the company that provided musical equipment for the event, an amount of 18-million Ghanaian cedi (about R14 824) after paying a 12-million cedi (about R9 882) deposit prior to the event.

Kofi Marfo, the company's marketing manager, who is also part of the Mega Star band that backed a number of Ghanaian musicians at the show, said they had considered suing her, but wanted to maintain a relationship with the influential Marley matriarch. "I've been to the [Rita and Bob Marley Foundations] offices so many times and they tell us she's coming to Ghana. I went there last week and she was not there."

Marley admitted that she has not been to Ghana, where she lives, and where the Rita Marley Foundation is based, since April. She claimed to have heard of the company, but was not aware that they were owed money, as she did not handle the foundation's finances. The foundation's manager, who would only identify himself as Mike, confirmed that Mega Star Limited was still owed money.

Paak Holdbrook-Smith of the Ghanaian production company Harry Harmatan Productions is working on a documentary film that will expose what he calls Marley's "highly exaggerated claims" of philanthropy. One such claim, which is repeated in the publicity material used to promote the upcoming concerts in South Africa, is that she provided the airfares for four Ghanaian students who were awarded a five-week music scholarship to Berklee College of Music in Boston, Massachusetts.

Responding to e-mailed questions, Matt Jenson, a professor at the college who helped set up the scholarship, replied: "There was a misunderstanding between members of the Rita Marley people in Kingston [Jamaica] and Ghana about where the funds that were provided to the students for their airfare [would come from]. Once Mrs Marley was alerted of this, the problem was taken care of. I know this caused some significant stress and anger on the part of those in Ghana who were supporting the students. I apologise for this."