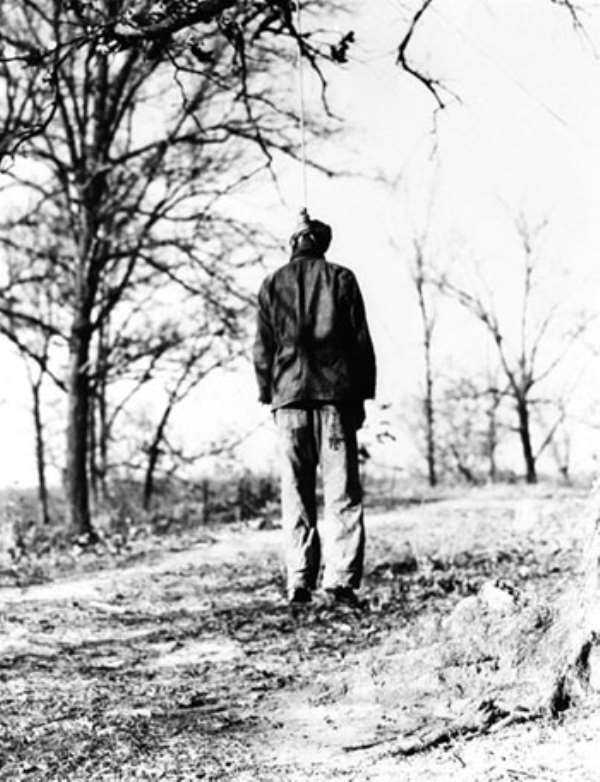 A 52-year old lorry park overseer at Bolgatanga in the Upper East Region who could not stand the shame when his wife caught him sleeping with their 17- year - old daughter has committed suicide.
The body of Nsoh Atinga was found hanging on a tree near his home three days after he disappeared from the house.

Narrating the story, a family spokesman told "The Spectator" that the deceased had been happily married to Madam Apelyine Atinga with whom he had their daughter.

The spokesman said Atinga rejected many suitors who approached him to ask for the daughter's hand in marriage.

The deceased who has been a lorry park worker for the past 20 years goes to the station daily to earn a living whilst his wife is a trader at the Bolgatanga Central market.

The spokesman said, unknown to his wife, Atinga returned to the house occasionally to sleep with their 17- year -old daughter who he refused to send to school.

His cup, however, got full on September 4, when his wife returned home around noon to pick up something.

She pushed open the door to their bedroom only to see her husband having an affair with someone on their marital bed.

When she drew nearer to push her husband off the person she discovered to her surprise that the person was their own daughter.

She raised an alarm after which she collapsed. Some neighbours who heard her cry rushed into the room and saw Atinga and the daughter dressing up.

When Madam Atinga gained consciousness a few minutes later she questioned her daughter who confessed that, her father had told her it would be better for her to sleep with him than any other man.

The deceased who could not withstand the shame brought on him as a result of his incest left the house and never returned until his dead body was found hanging from a tree by a passer-by.

The incident was reported to the police who are still investigating.

Meanwhile the girl has also left their family residence and is being sought by the mother.

Even if Nana-Addo changes constitution and contest, Mahama w...
7 hours ago