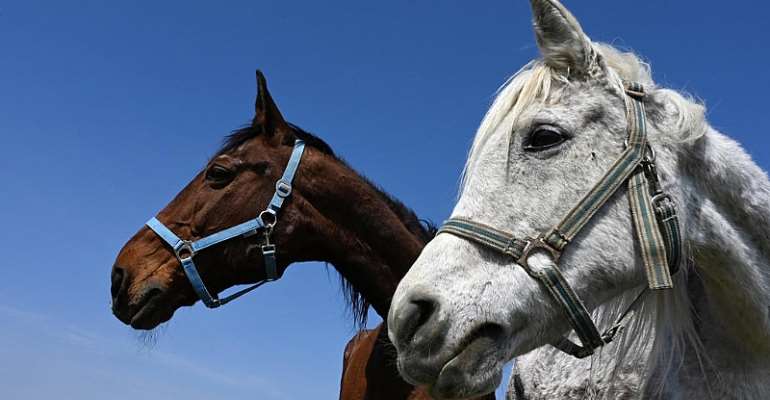 More than 30 horses have been mutilated or killed in violent attacks across France since February. The motives for the attacks and the perpetrators are still unknown, although police made one arrest on September 7th in the eastern Haut Rhin department.

“I am not sleeping anymore and spend the nights guarding my horses,” said a horse breeder of six mares. “This situation is most distressing.”

“We don't understand who these people are and why they would want to brutally attack harmless animals who give so much in return.”

Dozens of horses, ponies and sometimes donkeys have been killed and mutilated all over the country. They have been disembowelled or bled to death. They have been slashed on various parts of their body, had their genitals and ears cut off as well as their eyes gouged.

Nicolas Demajean, who runs an animal shelter including horses in central France, told RFI that there have been occasional reports, over the last two years, of horses being maimed.

“But these barbaric attacks are now happening every day for the last two weeks,” he said.

The horse breeder in northern France, who wanted to remain anonymous for security issues, told RFI that the attacks are “unpredictable”.

“We never know when and how they will strike. We do not know how many they are.”

He told RFI that llamas had also been attacked.

“The attackers do not only go into meadows but are bold enough to target horses in the stables.”

Demajean was injured on 25 August by two attackers as he tried to stop them. He was woken up in the middle of the night by animal cries and saw two men. A horse and two of the shelter's ponies were deeply lacerated.

Police in Yonne managed, following Demajean's description, to establish a sketch of the alleged assailant.

La Garde Républicaine, the French mounted police, advised horse owners to take off the head collars of horses in the fields, to regularly patrol the fields at night, install cameras if they can and call for the police if there is any suspicious activity.

“We are just an animal shelter and even if we do not have that kind of money at hand, we will not spare any costs to protect the animals,” he said.

He also had alarms installed and employs a security firm. Volunteers agreed to patrol the shelter.

“There is so much that the gendarmes can do. There are not that many of them in secluded areas. So, we have to patrol the areas which may be targeted at night.”

The horse owner RFI spoke to said that he has brought his six mares, from the meadows, around his house so that he can keep a closer eye on them.

“I go out regularly during the night to check that they are all right,” he said.

Horse owners are regrouping on social media to share information about the attacks. There a number of “Equids surveillance” Facebook groups that have been set up as well as an interactive map showing where the attacks took place.

Agriculture minister, Julien Denormandie, vowed to “mobilise all resources to get justice done” during a visit at Parriauds Stables at Saint Eusèbe village on 28 August.

On 6 September, 40 gendarmes, a dog unit and a helicopter were deployed in the eastern Côte d'Or department after a man saw torches in his field. One of his horses had a superficial wound. The French police is now searching for two men.

Social media abounds with speculations of what kind of people are behind the attacks. Drug users, animal haters, a macabre dare, Satanists using the body parts for satanic rituals…

Colonel Hubert Percie du Sert, gendarmerie coordinator, said that it is clear that the attackers act in groups.

Many owners are openly saying that they are armed and waiting for the attackers. In Brittany,  a 51-year-old mother and her 23 years old daughter are now facing a possible five-year jail sentence and a €75,000 euros fine for having stopped and threatened two drivers they suspected were involved in the horses' attacks.

The two women used a pellet gun and a machete. Philippe Mahé, the prefect of Finistère prefect said that “it is unacceptable that owners of horses take justice into their own hands”.