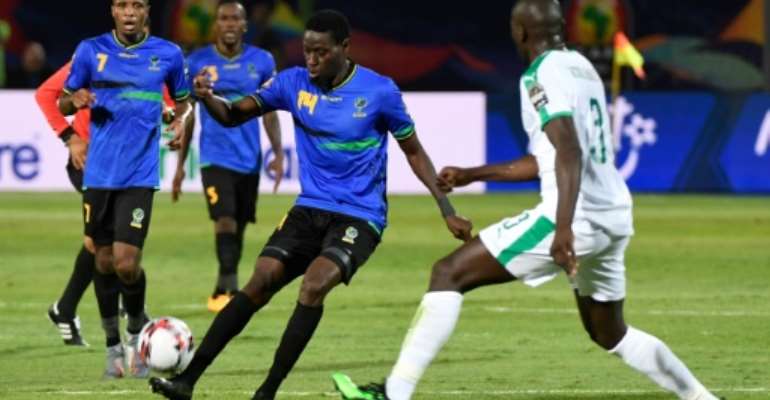 Tanzania again became the first African League to kick off during the coronavirus cris when they opened the 2020/2021 league season on Sunday.

The championship was also the first to resume last season after a Covid-19 shutdown, playing from June with spectators permitted.

While Tanzanian clubs have started their new season, South Africa only completed their 2019/2020 season two days ago. Tunisia will finish theirs this Sunday and clubs in Egypt have between nine and 12 fixtures still to fulfil.

A resurgence of the virus in Morocco led to many postponements, but leaders Raja Casablanca and potential title rivals Wydad Casablanca are scheduled to play Wednesday.

Here is the AFP round-up of all the football action in Africa across the weekend.

Zambian Clatous Chama starred for the winners, who completed a league and cup double last season, and set up captain John Bocco for the opening goal of the match.

Likely chief rivals Young Africans were held 1-1 at home by Prisons in their first league match under Serb coach Zlatko Krmpotic, who has worked in five other African countries.

Finishing second is significant because it secures a place in the CAF Champions League, which carries a $2.5 million (2.1 million euros) first prize.

Etoile Sahel, the only club to win all five current and past CAF club competitions, slipped to a 1-0 defeat away at relegation-threatened CS Hammam-Lif and remain fifth in a disappointing campaign.

Fares Meskini snatched the winning goal three minutes from time to lift Hammam-Lif above JS Kairouan and out of the danger zone, but only on goal difference, with two rounds to go.

Esperance, who were crowned champions last weekend, play at US Monastir Monday while second-place CS Sfaxien drew 0-0 at Stade Tunisien.

Raja suffered a shock 1-0 home loss against second-last Ittihad Tangier, ending an unbeaten seven-match run since the league restarted in August after a five-month shutdown.

Youssef Anouar scored for Tangier on 74 minutes to boost the title hopes of third-place Wydad, the defending champions who trail Raja by five points but have two matches in hand.

Twelve of the 16 top-flight clubs have reported at least one positive case for Covid-19, leading to all teams having to stay in a hotel or sport centre.

Mamelodi Sundowns won a third straight title at the weekend and now the focus switches to three-club play-offs for one lucrative 2020/2021 elite league place.

The table-toppers qualify for the richest African league with clubs guaranteed a 2.5 million rand ($150,000, 125,000 euros) monthly allowance and millions more in prize money.