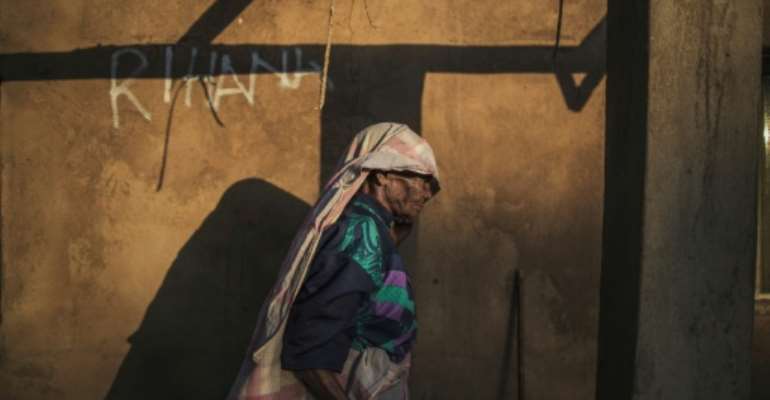 An intensifying Islamist insurgency has cut off aid for tens of thousands in northern Mozambique. By MARCO LONGARI (AFP/File)

Tens of thousands of people are being deprived of humanitarian aid in northern Mozambique as extremist militants intensify an Islamist insurgency, the UN agency World Food Programme said on Monday.

Jihadists have been waging a violent campaign in the gas-rich Cabo Delgado province since 2017, launching sporadic attacks on towns and villages in a bid to establish a caliphate.

The insurgency has claimed more than 1,500 lives and displaced at least 250,000 -- a tenth of the total provincial population.

Lola Castro, World Food Programme's regional director for southern Africa, said that of those 250,000 internally displaced, "we are accessing 180,000" -- leaving 70,000 people without aid.

Cabo Delgado's insurgency has increasingly hampered humanitarian assistance in the area in recent months, forcing the International Committee for the Red Cross and Doctors Without Borders to suspend operations in the town of Macomia in June.

The militants took control of a key port city of Mocimboa da Praia nearly four weeks ago and government troops are still battling to recover it.

World Food Programme and other humanitarian organisations operating in the area are concerned at the prospect of the conflict spreading northwards into neighbouring Tanzania.

Castro also warned that food insecurity could affect 44.8 million people across the southern African region -- up from 41.2 million last year -- in the coming months through to 2021.

The food shortages arise mainly from the combined effects of drought and economic hardship caused by the coronavirus pandemic.

Thirteen of the 16 countries in the Southern African Development Community (SADC) bloc are threatened with food insecurity "not seen in many years," Castro added.