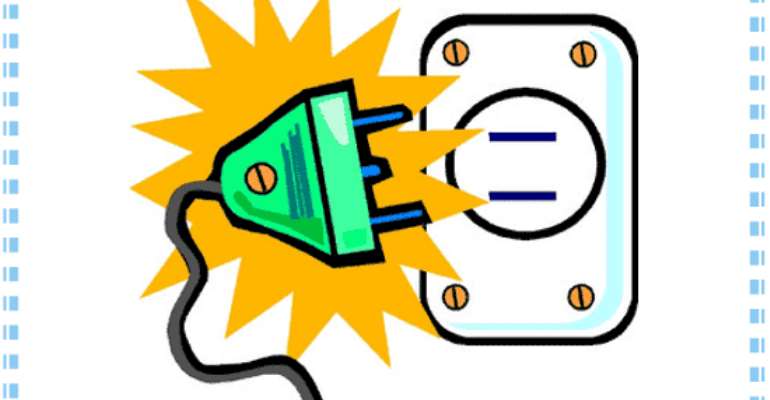 THE load shedding exercise being implemented by the Electricity Company of Ghana (ECG) throughout the country has attracted criticisms from a section of consumers especially in Accra.

Consumers in notably Abelenkpe, Achimota and Abeka suburbs have complained that the ECG is not going strictly to its own programme for the power rationing.

The exercise became necessary following the reduction in the level of the Akosombo hydro dam, the main source of power supply for the country.

Consumers who spoke to the Times claimed that the failure of ECG to comply with the time-table had resulted in the destruction of food and other perishable items they had stored in refrigerators.

At Abeka some market women complained that meat and fish they had stored in freezers had gone bad in view of the unscheduled power outages.

A businessman at Abelenkpe was furious with the ECG for disorganising a wedding programme of his daughter last Sunday because the lights went off at the wrong time.

The story is not different from other consumers at Achimota and other parts of Accra.

A senior ECG official, who asked not to be identified attributed the problem to a faulty equipment citing his own experience when power came on as scheduled in his area at Ashongman but suddenly went off again for over two hours.

Another official who also pleaded anonymity alleged that some personnel of ECG in charge of the load shedding at various points in Accra are bribed by people to delay in switching on or off the lights, in their communities.

"There are also impersonators who go round homes as ECG officials purported to be on disconnection exercise, and extort money from consumers. Those unable to pay are cut off," he said.

But the Public Relations Manager of the ECG, Gloria Dua-Sakyi, explained that the problems could be attributed to faults that had nothing to do with the load shedding exercise.

She said areas affected by those faults are not yet covered by ECG's Supervisory Control and Data Acquisition (SCADA) which is able to detect big faults in the system from a control room.

Ms Dua-Sakyi said some of the faults are localized or isolated and therefore do not affect entire areas.

She appealed to the public to inform the ECG when power is switched on later or put off earlier than scheduled.

She dispelled allegations that officials from ECG extort money from people, saying that they are baseless and unfounded.