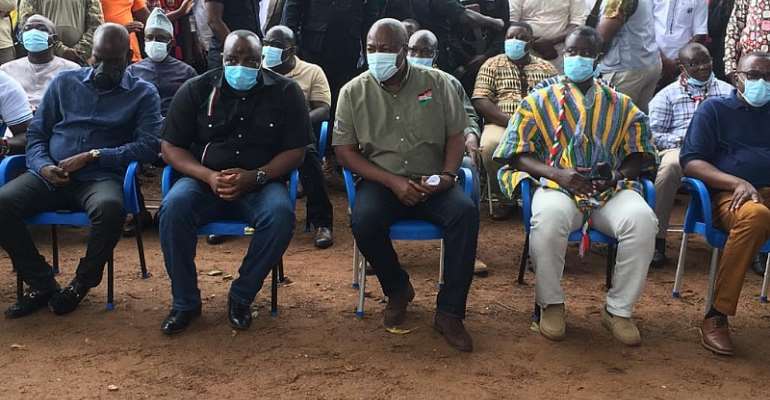 According to him, this is due to the numerous unfulfilled campaign promises churned out by the governing New Patriotic Party (NPP) during the run-up to the 2016 general elections.

He has therefore charged Ghanaians to vote massively against the NPP to serve as a warning to leaders who engage in lofty campaign promises to amass votes.

Speaking at separate rallies to end his four-day campaign tour of the Upper West Region, the former president said ”in 2016, all kinds of promises were made by the NPP. One District one factory, one million dollars per constituency, one village, one dam, one child, one chocolate, and many other lofty ones. These sounded too sweet to hear. These promises turned out to diminish the faith of our people in our democracy because they [NPP] have not been able to achieve them.”

He said the time had come for Ghanaians to critically examine all the flagship programmes of the Nana Akufo-Addo led government and show them the exit in the upcoming polls.

”The length of a frog is known after its death. The NPP's frog is dead. So we can now measure it before deciding who should lead this country.”

The NDC flagbearer opined that Ghana's development has stagnated under the NPP administration, hence the need to bring back the NDC to provide the needed development in the country.

He said the NDC will not make promises it cannot fulfil, adding that he will win the upcoming presidential election if Ghanaians compare his record with that of President Akufo-Addo.

Some of the communities the former President visited on the last day of his tour of the Upper West region include Erimon, Zambo, Babili, Lawra, Brifo, Daffiama, and Issa before rounding up his campaign with a meeting with the Zongo community in Wa.

The leadership of the various communities took the opportunity to outline their development challenges to the former president and appealed to him to address them if elected in the December polls.

Takoradi 'azaaa' woman still in custody as she fails to meet...
9 minutes ago