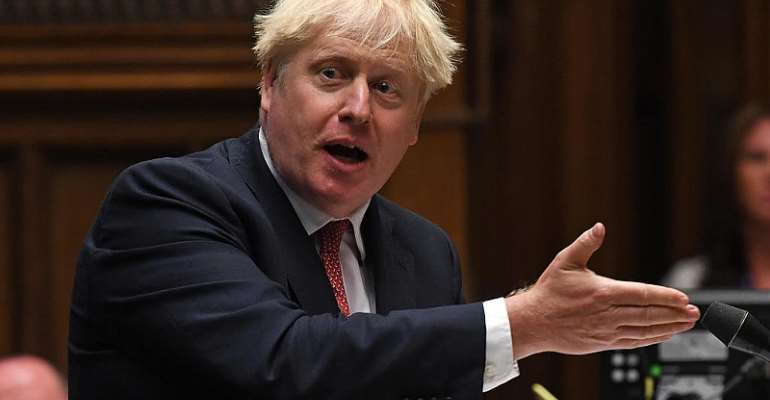 British Prime Minister Boris Johnson has given an October 15 deadline for a post-Brexit trade agreement with the European Union, brushing off fears about "no-deal" chaos if talks fail.

The eighth round of negotiations resume on Tuesday 8 September and will last for 3 days.

Tough talk from both sides was increasing at the eve of the talks. The UK's chief negotiator, David Frost, did little to raise expectations about a breakthrough, promising no compromise on London's red lines, in a rare newspaper interview published in the Mail on Sunday, saying that “Britain will not become a client state of the EU.”

His EU opposite number, Michel Barnier, last week had said during a keynote address at the Institute of International and European Affairs that the talks stood or failed on the need to get an accord on EU access to UK fishing waters and state aid rules, but Britain was giving no ground.

The talks that start at 13:30 on Tuesday and end at noon on Thursday focus on 'fair competition,' fisheries, trade in goods and services, law enforcement, energy cooperation, social security coordination, transport, and UK 'participation in Union programmes.”

Mid-October deadline
Brussels has already indicated that mid-October was the latest a deal could be struck, given the need for translation and ratification by the European Parliament.

Despite months of refusing to confirm a firm cut-off date, Johnson agreed.

It is not clear how many – if any –  rounds of Brexit talks will be held before a crucial meeting by the European Council on October 15-16.

"There needs to be an agreement with our European friends by the time of the European Council on October 15 if it's going to be in force by the end of the year," Johnson said in remarks released by his office.

“No-deal” scenario
Johnson's warning will likely compound criticisms from British pro-EU "remainers" that his ruling Conservative government envisaged a "no-deal" scenario all along, despite claiming the contrary.

"Brexiteers" had promised that securing a deal with Britain's biggest trading partner would be straightforward and rejected criticism that unravelling nearly 50 years of ties with Europe would be lengthy and even impossible.