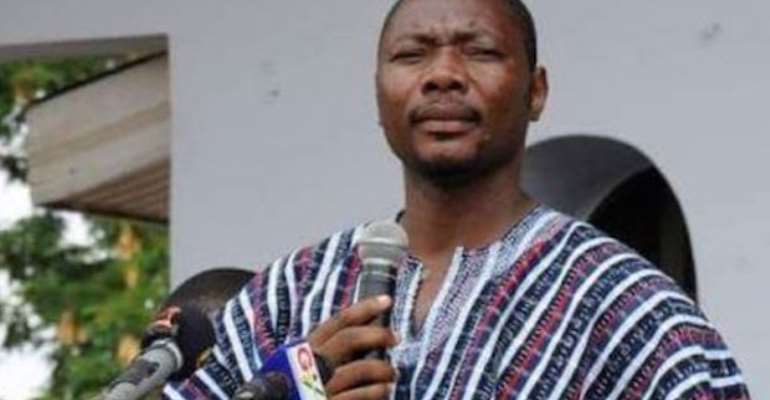 Those who stood against the compilation of a new voters' register posted many threats, all of them crude, in their bid to truncate the project.

The high point of the threats was the one spewed by the NDC-aligned Bernard Mornah, who said the registration centres would be scenes of bloodshed.

He was expectedly invited by the police to write a statement about the threats. The NDC supported him morally because he is one of them and, therefore, spoke the mind of the party.

Logically, the NDC should be blamed for the few instances of violence recorded during the exercise; its intention of having more instances of security breaches not coming to fruition as planned.

It is unimaginable that the General Secretary of the opposition party would want to label the recent registration exercise as in his words 'the most violent in the country's history.'

Seeking public sympathy for a desperate political party should not take the form of mendacious remarks. It is worse in terms or morality when these originate from the General Secretary of the leading yet mischievous opposition party in the country.

The NDC scribe, it would be recalled, vowed that the voters' registration exercise would not come off even as one of his party personalities said should it come off he was ready to be castrated. He is yet to show up for the surgical procedure, perhaps by a veterinarian surgeon.

Instances of violence which were recorded during the recent voters' registration exercise emanated from the NDC which resented the compilation preferring the status quo. This is simple logic, and for us, it is unacceptable the NDC scribe's efforts at pushing the blame for the dark side of the exercise to the doorstep of the NPP.

The issue of vigilantism in local party politics is traceable to the NDC; its bloodstained PNDC forebear etched in contemporary history as such. The party's flagbearer flaunted the unenviable testimonial a few years ago. That is an undeniable fact and we could not agree more with him.

It is, however, hypocritical when in another breadth the party's scribe turns round to claim angelic features and others devilish.

It was unfortunate that two lives were lost during the exercise, the reason for which mortality is traceable to those who transported foreigners from a neighbouring country to Ghana to register in the exercise in breach of the electoral laws of the country.

Justice must be meted out to those who breached the electoral laws as well as those responsible for the occasioning deaths.

The success of the Machiavellian manoeuvres of the NDC would have inured to its interest. Giving a dog a bad name and hanging was the goal. 'We told you so' would have been the refrain had the registration exercise been occasioned by bloodshed and even a halt of the project.

The NDC failed in its bid because the registration exercise took place and instructively went down in local electoral history as the safest and best organised.

Soon after the exercise, the country began recording drops in COVID-19 cases. The NDC and its assigns waited to write the negative matters arising out of the exercise but what it got was contrary to its expectation.

We pointed it in a previous commentary that Ghana's two challenges are NDC and COVID-19, but whereas the latter is treatable as being evidenced in a steady decline in active cases, the former is chronic.