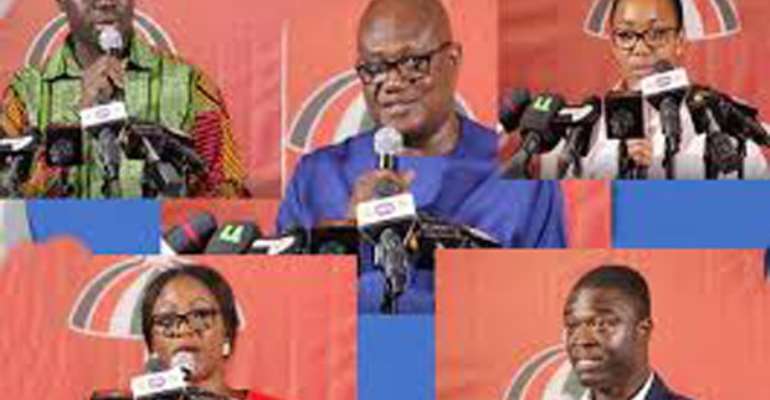 The dreaded coronavirus (COVID-19) first landed on our shores some seven moons ago. Many of my compatriots feared the worst while praying for the best. Obviously so because advanced nations like the US and Italy were then struggling to control the pandemic, which continued to snuff life out of thousands of their citizens. Indeed, when fresh leaves were falling off the tree, then one could only imagine the fate of the dry ones like Kwame Okro’s Asomdwekrom.

Thanks to the Bearded Old Man above, things have turned out far better than we ever imagined. As I write, the country has recorded 44, 777 cases, with 43,693 recoveries/discharge and 801 active cases. Unfortunately, we recorded 283 deaths as a result of the pandemic.

Yes, the deaths are regrettable but our situation is very inspiring. Although we are not yet out of the woods, we can say with pride that we have a leadership that is unwavering under extreme pressure. The current leadership has proven to be decisive and resolute in decision-making. Permit me to take you down memory lane so you can appreciate my stance.

I vividly recall how shaken we all were when the virus reached this country. One could clearly feel the worry in the President’s voice during the third COVID-19 broadcast. But one could also perceive his desire to overcome the obstacle, which gave his compatriots hope.

As the whole country rallied behind the President to fight the deadly virus, those under the Umbrella decided to play politics with the matter. They formed a parallel COVID-19 team whose main aim was to punch holes in the government’s policies in fighting the virus – which they did very well.

For instance when the government ordered the Kasoa, Greater Accra and Greater Kumasi lockdown, they shouted from the rooftop that it was a bad call. They did same when the three-week lockdown was lifted, but the Nana Dee government was unshaken. Not even the President’s “No one size fits all approach to ending the pandemic” theory could ease their diabolic minds.

When schools re-opened for SHS 3 and JHS 3 students to study and take their final exams, they shouted their voices hoarse that the students were being used as guinea pigs. We all saw how they even encouraged parents to go for their wards when few cases were recorded in some schools. But for the government’s resilience, hell would have broken loose.

Abusuapanin, do you remember what they said when the Electoral Commission (EC) was given the green light to start registration? Yes, you are right! They said our streets will be littered with dead bodies by the end of the exercise.

Have the naysayers not been put to shame? Not only did we have a successful exercise, but also had no spike in COVID-19 cases. Not even a single corpse was found on our streets. For sure, Madam Jean Mensah and her charges deserve a pat on the back for the great job so far.

You see, it is during such difficult times that the masses can easily differentiate a true leader from a bad one. Those who continued to play politics with the health of the people in critical times have been identified through their actions. We were not fooled by their wry smile because we could distinguish a genuine smile from a wry one. They pretended to be worried for this country, but inwardly prayed for the numbers to escalate so they could be vindicated.

Is it any wonder, therefore, that they’ve now gone quiet? We didn’t hear them when the President opened the Airport for international travel. They are now quiet because the President and his team have proved to be up to the task. They’ve been compelled to shut their mouths, lest their stinking breath exposes them again.

I’ve said this before and will repeat it here. We have a president we can trust. Hate or love him, you cannot deny the fact that President Nana Dee is bold, firm and decisive. He is steadily moving the ship of state from the storm to calm waters.

So, my kith and kin, let’s do our part by being responsible. Just follow the safety protocols and keep safe because we are not yet out of the woods.

As for the naysayers, leave them to dance to the drumming of their stomach after eating bad food. Let’s not allow ourselves to be talked into buying a weight loss diet from a pudgy pig that is struggling with obesity, and hasn’t yet lost a pound. Apologies to my friend Dela Coffie of Zu-za fame!