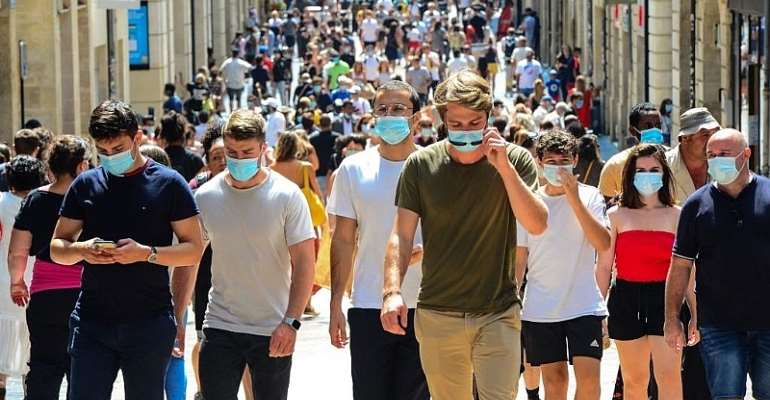 France's Council of State has ruled in favour of maintaining the mandatory wearing of protective face masks in Strasbourg and Lyon, both in areas on high alert for Covid-19 infection.

The rulings come after legal challenges in response to masks being imposed in the Bas-Rhin and Rhone administrative departments that include Strasbourg in the east and Lyon in the southeast.

“Masks can be made mandatory in municipalities with several areas with a high risk of infection,” the Council of State, France's highest administrative court, said on Twitter.

In its ruling, the court said it was “justified for masks to be made mandatory in large enough an area to encompass zones of risk in a meaningful way, to facilitate citizens' comprehension and application of the measure.”

In doing so, the court accepted health ministry arguments that it was reasonable to impose the wearing of masks in the large cities, both of which are in departments on the government's high alert list for Covid-19 infection.

While most rules for mandatory mask-wearing were upheld, judges said some restrictions must be eased.

Bas-Rhin state officials imposed masks in municipalities with at least 10,000 residents on 28 August. The court ordered rules to be modified so as to apply only to the centres of less densely populated areas.

In the Rhone, officials imposed masks in Lyon and nearby Villeurbanne on 31 August. The court upheld the order but exempted masks for sports and physical exercise.

Protective face masks are a key part of French government efforts to limit the spread of Covid-19 and have been made mandatory in Paris, Marseille and Nice, among other cities in recent weeks.

Such orders have seen the appearance of a French anti-mask movement that has held demonstrations in various French cities.

In its ruling, the national court emphasised it was necessary for order regarding mandatory masks to be as straightforward as possible.

“The simplicity and clarity of an obligation, including to wear a mask, are crucial for it to be understood and applied correctly,” even if it was also necessary to “take into account the constraint” that wearing a mask can represent.

The court rejected a request to limit mask-wearing to certain hours.