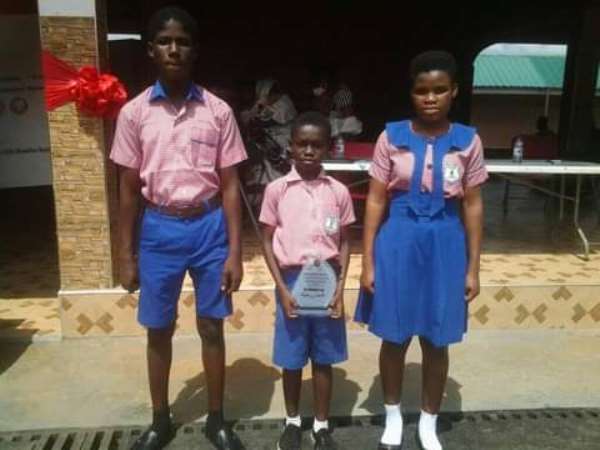 The third edition of the Mpraeso caucus quiz competition for schools on Mpraeso stool lands came off on Saturday the 5th of September 2020.

After a slow start, CKC Baptist came out strongly in the subsequent rounds to ditch their old foes Mpraeso YMCA to a well deserved second position.

For the first time in the history of the competition, a school was able to get the maximum points in the problem of the day segment.

For their efforts, CKC the first private day and boarding school to be established in the Kwahu south district received 3 balls, a laptop, exercise books, and flat-screen television.

Kudos to the giants of Kwahu.