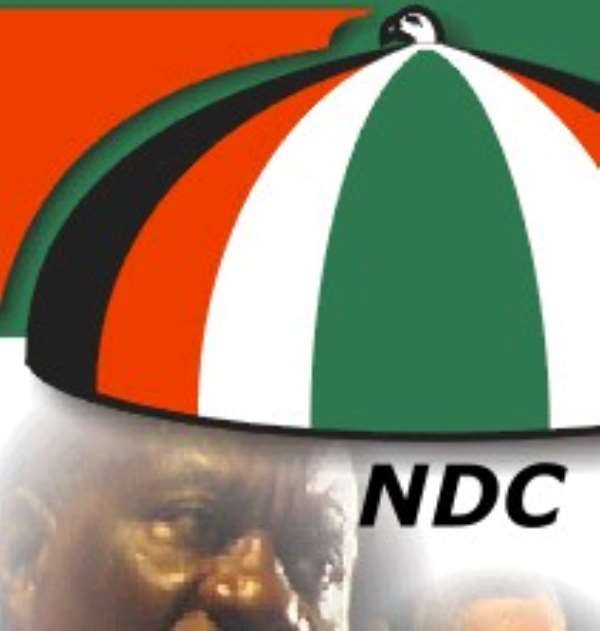 The Opposition National Democratic Congress (NDC), has rejected an offer from the National Planning Committee (NPC) to be part of activities being planned for the country's 50th Anniversary celebrations next year. In a letter addressed to the chairman of the committee, Dr Charles Wereko-Brobbey, which was signed by the Deputy General Secretary of the party, Baba Jamal, yesterday, said it had earlier written to the Secretariat to express its reservations about the chairman of the committee but had not received any response from the Secretariat or the Government till date.

In response to a letter inviting the NDC to select representatives from each region to serve on the regional advisory planning committees (RAPC), the party replied to the secretariat, objecting to the membership of the committee; adding that the amount of money to be used in the celebrations was too much.

The party therefore, sent out a stern warning to their regional offices not to be par of any committee set up to plan the anniversary.

Sources close to the party headquarters explained to the Heritage that they objected to Dr Wereko Brobbey being the chairman of the committee because of his past record as the former Chief Executive Officer of the Volta River Authority and the amount of $20 million that is to be used in the celebrations.

The letter from the [email protected] office had also requested the party to submit nominees from the NDC to be used for a TV documentary of 50 Distinguished Ghanaians, but all requests have been vehemently turned down by the NDC.

The country will be celebrating her 50th anniversary next year and a committee has been put in place to organize the programmes lined up for the celebrations. The committee has Dr Wereko Brobbey, former CEO of the VRA as its chairman.

My wife was pregnant – Husband of missing but found Takoradi...
21 minutes ago

I'm not bothered about a likely coup, I worry of possible up...
34 minutes ago