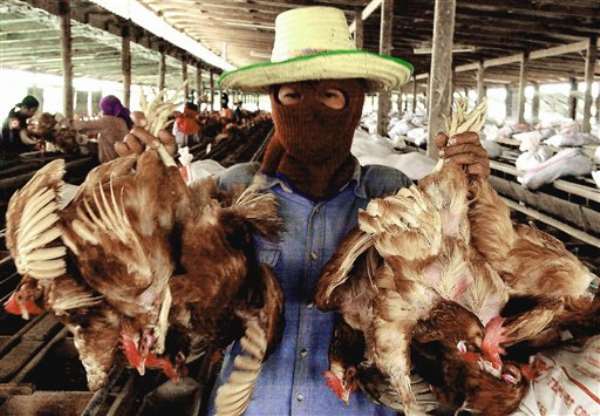 A three-day workshop is underway in the Ghanaian Northern Region`s capital Tamale, for avian flu experts from seven West Africa countries on the impact of the disease on small-holder poultry production in the sub-region.

The experts from Ghana, Nigeria, Burkina Faso, Togo, Benin, Senegal and Niger made up of veterinarians, directors of public health, representatives of NGOs and farmers would share experiences on avian influenza.

They would also discuss the disease`s epidemiology, prevention and control measures as well as its socio-economic and public health impact on Africa and the sub-region.

The Network for Smallholder Poultry Development, a Denmark NGO is sponsoring the workshop.

In an address to the opening Wednesday, Ghana`s Food and Agriculture Minister Ernest Akubuor Debrah, said the government and its development partners had spent about US$2 million dollars on the containment of the disease in the country.

He called for collaboration and harmonization of policies and programmes among institutions and countries in the sub-region to control the disease in a more cost-effective manner.

"The collaboration I am asking for can only work if we can be transparent and to continually share information without which the disease can easily get out of hand in our sub-region," Debrah said.

The Minister said Ghana achieved some success when stakeholders worked together to form a "National Avian Influenza Task Force" to mount surveillance on the disease and urged international institutions to support countries affected by the disease to control its spread and also provide adequate compensation to farmers that lost birds.

He called on the experts to suggest feasible and scientifically proven advantages of mass vaccination against the disease in the sub-region.

"We must therefore be concerned about early detection and appropriate actions taken quickly to minimize the impact on the livelihoods of small-holder poultry farmers as well as to prevent human infection," the minister added.

NPP Youth Wing commends Akufo-Addo on nomination of Dorcas A...
50 minutes ago