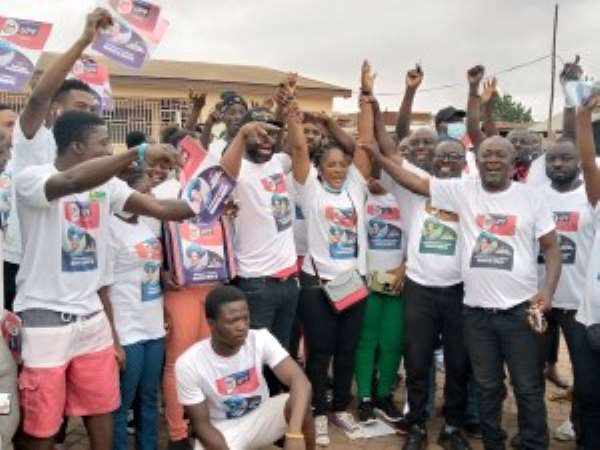 NPP is likely to lose three parliamentary seats in the Ashanti region to the United Progressive Party due to well organized and stiff competition led by leaders of the opposition party.

Leaders of the aforementioned party has yesterday outdoored three Parliamentary candidates to unseat the incumbent NPP MPs at Manhyia North,Asokwa and Atwima Kwanwoma constituencies all in the Ashanti region.

This strong decision by the party was materialized upon the realization that the aforementioned incumbent NPP MPs have performed abysmally and depriving the said constituencies from what they deserve as citizens and not spectators.

Speaking at the event, Kenneth Nana Kwame Asamoah, Acting National Chairman of the UPP noted that it’s about time the people in the Ashanti realize their mistakes for voting NPP and ensure changes in the upcoming 2020 general elections.

According to him Ashanti region is not developing because their destiny is in the hands of the NPP.

He said Manhyia South has an airport but don’t enjoy royalties due them due to incompetent MPs they have ever had."This time around, we are coming with a very energetic and vibrant leader in the person of Nana Ama Achiaa Owusu who is much capable to deliver.

”We’ve all seen the abysmal performance of NPP MPs in the Ashanti region.If want Asanteman to develop then the is the need to change most of our MPs and replace them with very competent ones’.He maintained.Source: Ayisah Foster, Contributor