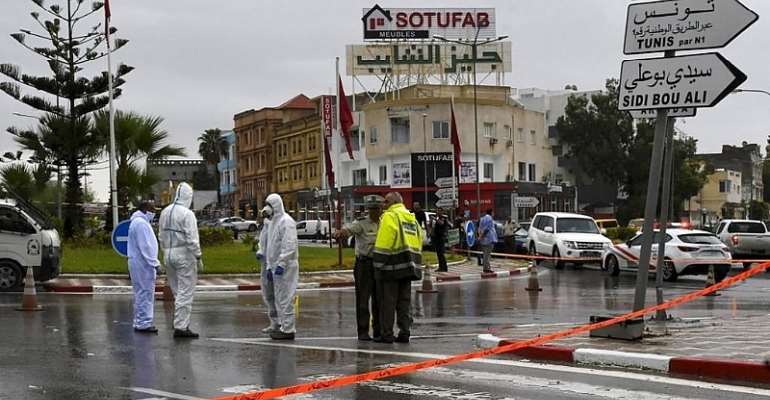 Attackers with knives killed a Tunisian National Guard officer and wounded another on Sunday before three assailants were shot dead, the National Guard said, labelling the assault a "terrorist attack".

The attack took place in the tourist city of Sousse, the site of the worst of several jihadist attacks in recent years, where 38 people, most of them Britons, were killed in a 2015 beachside shooting.

"A patrol of two National Guard officers was attacked with a knife in the centre of Sousse," 140 kilometres south of the capital Tunis, said National Guard spokesman Houcem Eddine Jebali.

"One died as a martyr and the other was wounded and is hospitalised," he said, adding that "this was a terrorist attack".

The attackers first rammed the officers of the national gendarmerie with a vehicle, according to a statement from the Tunisian interior ministry.

Security forces pursued the assailants, who had taken the officers' guns and vehicle, through the city's tourist area of El-Kantaoui, said Jebali, adding that "in a firefight three terrorists were killed".

The stolen weapons and police vehicle were recovered, according to the same source.

Earlier this year, one police officer was killed and five others injured in a double suicide attack on security forces protecting the American Embassy in the capital, Tunis.

A series of attacks linked to the Islamic State terrorist group, or claimed by the local branch of Al-Quaida, have killed dozens of policemen, many civilians and 59 foreign tourists, many of those in an attack in Sousse in 2015.

The 46-year-old premier pledged to revitalise the economy, including the crucial tourism sector, which had begun to recover after recent jihadist attacks but was then hit hard by the coronavirus pandemic.

Takoradi kidnapping conspiracy: We will establish the truth ...
56 minutes ago