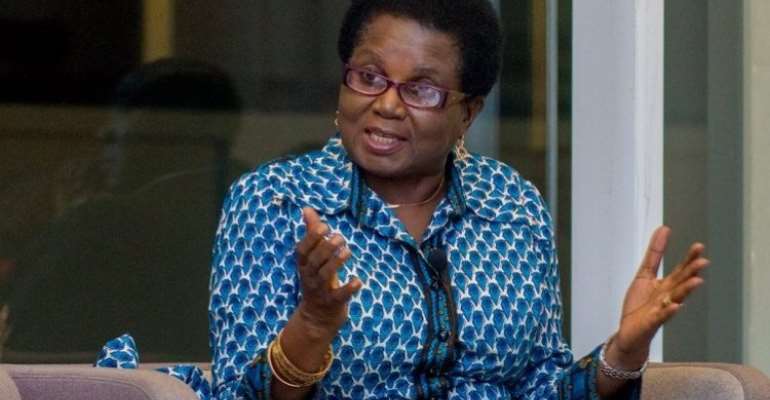 It is a pity but that was all to be expected, that quite a slew of ardent critics of the Government, for whatever their criticisms may be worth – oftentimes not much, by the way – would take to Facebook and other social media platforms and traditional media portals to flay Ms. Elizabeth Ohene, for wisely and commonsensically observing that the leaders of the so-called Civil Society Organizations (CSOs) need to be circumspect by soberly measuring their criticisms of the Government, especially the most visionary and progressive government of Ghana’s Fourth Republic (See “Elizabeth Ohene Writes: All-Knowing Neutrals” Graphic Online 9/2/20).

As usual, some livid critics of the Akufo-Addo-led government of the New Patriotic Party (NPP) took Ms. Ohene’s cautionary advice about the largely gratuitous criticism of the present government by some “herd-oriented” leadership of the so-called Civil Society Organizations with umbrage. Which is all well and good, because that is what all genuine and functionally robust democratic cultures expect responsible citizens, community leaders and activists to do. It is their inalienable constitutional right and obligation as well. But, of course, in doing so, which was precisely what Ms. Ohene intended to poignantly underscore, these CSO leaders ought to understand and/or fully appreciate the stark and incontrovertible fact that such criticism goes both way; it is not a one-way street, as New Yorkers are quick to point out.

When you dish out loads of dirt and vitriol, you ought to be also prepared to be served in kind. That is that the former Editor of the Daily Graphic during the “revolutionary” strongman tenure of Chairman Jerry John Rawlings meant to say. By and large, CSO leaders are as fallibly human as the politicians whom they would rather make their punching bags than their fellow citizens in the struggle to make Ghana a better society socioeconomically, politically and culturally. But, of course, what those of us who paid critical and sedulous attention to what the former Minister-of-State in Charge of Tertiary Education, under President John Agyekum-Kufuor, wanted those who are quick to lob the stone or pebble of criticism to humbly appreciate is tersely couched in the following Akan moral self-examination maxim or saying:

“Anytime that you point an accusing finger at another person, the accuser must be mindful of the fact that the three other fingers on one’s hand are pointing squarely at the accuser herself or himself.”

I have already written amply about what the leaders of the so-called Civil Society Organizations did wrong in their virulent protestation of the recently passed Agyapa Royalties Investments Deal, and so do not intend to belabor the same issue here. Which is that if these socially responsible leaders – at least we like to give them the benefit of the doubt – really cared about the economic future and fortunes of our country, they ought to – all 15 of them – have petitioned the Speaker of Parliament, Prof.-Emeritus Aaron Michael Oquaye, to be allowed to address a full-session of the House, while the Agyapa Deal was under discussion and debate on the floor of the august House, and not wait until the passage of this landmark policy initiative before bitterly and intemperately complaining about its purported lack of transparency.

You see, we have had the same self-righteous members of the National Democratic Congress’ Parliamentary Minority criminally take Ghana on a gravy-train ride for at least some 8 years, recently, in what painfully became known as the Judgment-Debt pillage of our nation’s fiscal resources. And yet, I didn’t hear these self-righteous latter-day patriots calling for the prompt arrest and rigorous prosecution of the criminal kleptocrats who engineered this morally and economically irresponsible bleeding of the hardworking, taxpaying Ghanaian citizen. Which ought to tell any sober, patriotic and socially responsible Ghanaian citizen that these pontifical Civil Society Organization leaders are not nearly half of the patriotic citizens and progress-oriented leaders that they would have the rest of believe that they are.

What is more, and I have adumbrated on this fact over and over again: which is that the gross inability of the Mills-Mahama regimes of the National Democratic Congress to implement their Ghana Gold Company (GGC) policy initiative , tells us absolutely nothing about the viability or otherwise about the decision by President Addo Dankwa Akufo-Addo to have the country’s humongous mineral wealth wisely and profitably invested for the collective and rapid development of the country. You see, had Ghanaian voters not made the savvy choice of voting the Agyekum-Kufuor-led government of the New Patriotic Party to power when they did in the years 2000, Ghanaians would still be waiting for the discovery of petroleum on our Continental Shelf or offshore in our territorial waters.

The stark and incontrovertible fact of the matter is that whenever the leaders of the New Patriotic Party are placed at the helm of our country’s affair, they outperform their main opponents of the National Democratic Congress by light years. Which is why the savvy thing to do right now is not to criminally sabotage the Akufo-Addo Administration, but rather ensure that the latter is afforded all the necessary moral and material support that it needs to move the country ahead, onto the glorious path of a First-World development status. It is as simple as that.