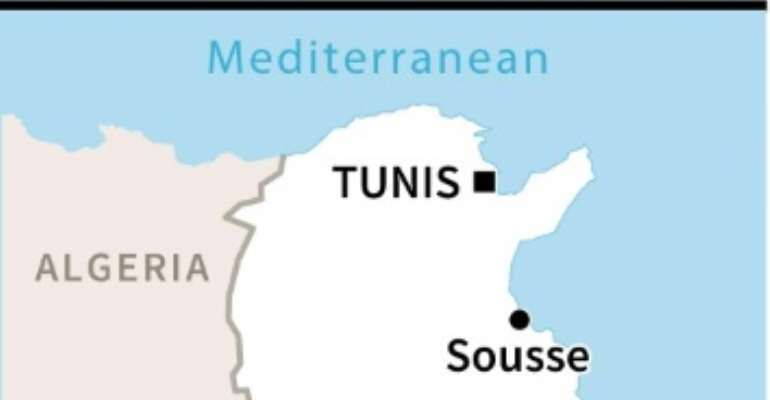 Attackers with knives killed a Tunisian National Guard officer and wounded another Sunday before three assailants were shot dead in a firefight, the National Guard said, labelling it a "terrorist attack".

The attack took place in the tourist district of the coastal city of Sousse, the site of the worst of several jihadist attacks in recent years, where 38 people, most of them Britons, were killed in a 2015 beachside shooting.

"A patrol of two National Guard officers was attacked with a knife in the centre of Sousse," 140 kilometres (80 miles) south of the capital Tunis, said National Guard spokesman Houcem Eddine Jebabli.

"One died as a martyr and the other was wounded and is hospitalised," he said, adding that "this was a terrorist attack".

Security forces pursued the assailants, who had taken the officers' guns and vehicle, through the Akouda district of the city's tourist area of El-Kantaoui, said Jebabli.

"In a firefight three terrorists were killed," he said, adding that security forces "managed to recover" the car and two pistols the assailants had stolen.

Tunisia, since its 2011 popular revolution, has been hit by a string of jihadist attacks that have killed dozens of security personnel, civilians and foreign tourists.

A suicide attack against security forces protecting the US Embassy in Tunis killed a Tunisian police officer and left several others wounded in March.

2015 was a particularly bloody year, with three major deadly attacks claimed by the Islamic State group.

An attack at the capital's Bardo museum in March killed 21 foreign tourists and a security guard.

And that November, a bomb blast on a bus in central Tunis killed 12 presidential guards.

While the situation has significantly improved since then, Tunisia has maintained a state of emergency.

Assaults on security forces have persisted, mainly in remote areas along the border with Algeria.

Tunisia has been praised as a rare success story among the 2011 Arab Spring popular uprisings that swept the region and brought down many autocrats, among them Tunisia's long-time president Zine El Abidine Ben Ali.

But the small Mediterranean country of about 11 million people is mired in an economic crisis, with the official unemployment rate at 18 percent, and in need of new assistance from the International Monetary Fund.

The 46-year-old premier pledged to revitalise the economy, including the crucial tourism sector, which had recovered after the jihadist attacks but was then hit hard by the coronavirus pandemic.