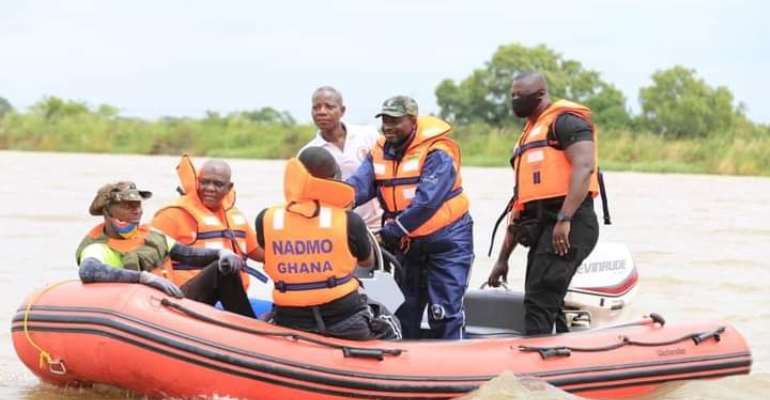 Four persons have been confirmed dead in parts of the North East Region following the spillage of the Bagre dam by authorities in Burkina Faso, the National Disaster Management Organization (NADMO) confirmed this to Citi News.

Swathes of farmland have also been submerged as a result.

Citi News‘ Maxwell Suuk who visited the Janga community where one of the deaths occurred, reported that more water is flooding the banks of the Volta River which passes through several communities in the North East Region.

“The water flooded swathes of land that many farmers have been using to cultivate their early crops yearly. Two died at the Bunkpurugu district, one at Janga in the West Mamprusi Municipality whilst the fourth person died at Langbinsi in the East Mamprusi municipality.

Three others died allegedly due to the rains.

Uncle of one of the deceased, Mohammed Ibrahim, said the family is yet to come to terms with the death of their son.

“He went to the farm and was returning and that happened. We searched for him for three days. That happened because of the heavy rains. He is a responsible man with a wife and kids. Although we were aware that the river will get flooded, it is surprising that he could drown in it.”

The North East Regional NADMO Director, John Kweku Alhassan appealed to philanthropists to support victims with relief items as his outfit is unable to assist all affected persons.

Others blamed the issue on the spillage of the Bagre dam in Burkinabe Faso which often wreaks havoc on the lives of people and their farms annually.