Lady Who Attempted To Bury Her Baby Alive Granted Bail 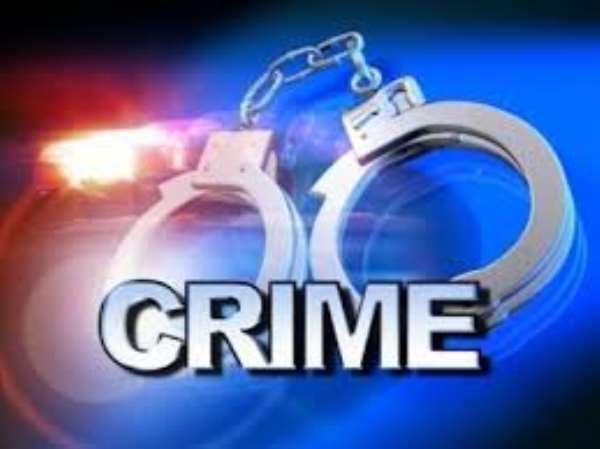 A 28-year-old lady Alberta Mensah has been arrested and arraigned before court by the Ajumako District Police Command for attempting to bury her day old baby girl.

Presenting the facts of the case in court yesterday, prosecutor, Chief Inspector,Peter Kojo Abochie, told the court presided over by her Ladyship, Eunice Apalawin that the assembly for Esti Ekwamase Electoral Area, Mr.Isaac Acquah, who is the compliant fo the case went to farm, suddenly, he heard a cry of a baby about 5pm, Thursday 31st August , though alarmed, he approached the scene in the company of a colleague farmer who shares boundary with him. Closer to where the sound was coming from, only to see a spot that appeared to have been dug and covered with lots of sand.

The young men then rushed and informed some elderly people in the town about what they had discovered who rushed to the scene.

The sand was cleared from the spot and fortunately, the baby was alive.

She was retrieved and sent to the Abura Dunkwa Government hospital for treatment,and was currently doing well.

He said the assembly man with support from the community identified the suspect to be tge one since she was the only one who just delivered of a baby that week hence caused her arrest.

Information gathered indicate that suspect lives in Ebowkurase a farming community in the Ajumako Enyan Essiam District with the husband,Yaw Asante who are both farmers and 7 children.

After the suspect had been pregnant for months and delivered safely of a baby girl in an unknown location, she came home empty handed only to tell the husband that she lost the child.

The presiding judge unaware of the latter fact considered the medical condition of the mother and the last but one baby girl who is just a test and four months old and granted the suspect bail of Ghc5,000 with two sureties to reappear in the 9th of October,2020

Currently the less than a week old baby girl according to a reliable source has been sent to an orphanage unknown to the family in the central region for security reasons .